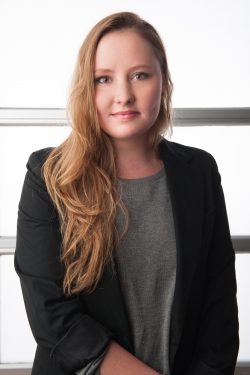 Liz is a former Reporter for AdExchanger.com where she covered agencies and wrote the daily news roundup. Previously, she worked as a music journalist for BestNewBands.com, and has also worked as a freelance writer and editor for Elite Daily and L/A Mag. Fluent in French, Liz worked for a time at l'Alliance Française de Washington after earning her degrees in political economy and French from Bates College in Maine. As agencies face increasing pressure to produce more content with shrinking budgets, some are streamlining production with in-house capabilities. At least, that’s what WPP had in mind when in 2009 it partnered with Hogarth Worldwide, a global marketing implementation firm. As a sister organization to WPP, Hogarth acts as a production and global distribution resource END_OF_DOCUMENT_TOKEN_TO_BE_REPLACED News Corp Bets On Digital Video With Acquisition Of Unruly Publicis Groupe’s VivaKi will officially release a tool called Quality Index (QI) at the end of this month, designed to streamline inventory sources, manage multiple KPIs and cross-check viewability. QI has been in Beta since late 2014, and will be part of an internal UI called the VivaKi Operating System (VOS) Platform that VivaKi is building END_OF_DOCUMENT_TOKEN_TO_BE_REPLACED DataLab USA, a boutique analytics firm that works mostly with financial services and insurance companies, is betting on advancing addressable TV through customized algorithms. “Our role in the data world is to aggregate all the aggregators,” explained Alex Aigner, DataLab Digital’s COO. “We’ve commoditized how we build custom algorithms. Whether those algorithms are used for END_OF_DOCUMENT_TOKEN_TO_BE_REPLACED The ongoing media reviews have created inroads for agencies to use creative, informed by data, as a strategy to win new business. In a bid to take advantage of this growing opportunity, Initiative, the IPG Mediabrands-owned agency, hired Nick Childs as its first-ever global chief creative officer on Sept. 1. “As a lot of media END_OF_DOCUMENT_TOKEN_TO_BE_REPLACED Hard Rock Is The Latest Brand To Hit Play On Streaming Music, Via Rdio Partnership

Even if terrestrial radio still has the bulk of audience, the growth – and ability to target – is in streaming audio. And an international brand like Hard Rock Hotels and Casinos needs its tune to reverberate across a global stage. This is one of the reasons why it signed on to use a native END_OF_DOCUMENT_TOKEN_TO_BE_REPLACED

Correction: The original version of the story included incorrect data indicating Publicis Groupe had the most to lose in the “pitchapalooza” wave of agency reviews currently underway. In fact, Omnicom Group and Dentsu are slightly more exposed. The below story makes that clear and includes a corrected chart reflecting actual impact on revenues for the END_OF_DOCUMENT_TOKEN_TO_BE_REPLACED