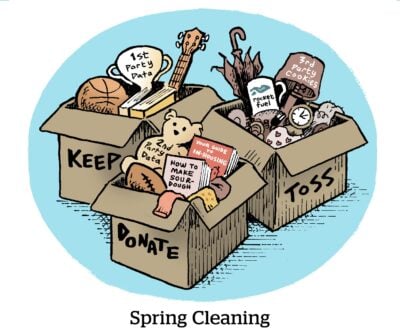 The march of the retail media networks cannot be stopped.

Dollar General on Tuesday announced a rebrand of its advertising business, now DGMN (for Dollar General Media Network), to extend its data to ad-buying across the web. According to the release, DGMN has The Trade Desk, LiveRamp, Google Ad Manager and Goodway Group as strategic partners.

These retailer integrations this month are the latest in a long string of small news releases in the past couple of years, as dozens of store chains – not just the Amazons, Walmarts or Targets of the world – enter the programmatic market with their own hybrid take on the walled garden model established by Google and Facebook.

Vox Media got into the supply-side platform game with the launch of Concert SSP.

The Concert SSP provides advertisers access to Vox’s suite of inventory and publisher monetization tech, which spans its own portfolio (Vox owns Group Nine, Curbed, New York Magazine, among other titles) plus dozens of additional publishers, mostly newspaper companies, that participate in the Concert ad marketplace.

For targeting and attribution, Concert SSP will integrate with Vox Media’s first-party data solution, Forte, as well as Unified ID 2.0, the TTD-backed programmatic ID. (That’s important because it means Concert SSP campaigns can be measured holistically alongside other publishers.)

The rollout of a proprietary SSP is Vox’s latest move to build an in-house ad tech stack. Last year, it tied together its internal first-party data system and the Concert ad platform. And a week ago, Vox relaunched Group Nine’s performance-marketing solution (which it acquired alongside Group Nine’s other assets after its purchase of Group Nine closed back in February) under the new name VM Connect.

Nobody is surprised by a celebrity attaching their name to a liquor brand or perfume. But the recent trend is for stars from the worlds of music, sports and entertainment to join advertising businesses.

“I’m not shocked by it, and I expect to see a lot more of it,” Asmirh Davis, founding partner and CSO at the agency Majority, tells Marketing Brew. (Davis co-founded Majority with Shaquille O’Neal last year.)

Ryan Reynolds, a prolific ad industry investor and name-licenser, is a stakeholder in a gin brand and a mobile service provider, not to mention his film lineup, which all work with his agency, Maximum Effort. And Maximum Effort was acquired in January by MNTN (formerly SteelHouse), a performance marketing company focused on CTV and video.

Kristen Bell, Michael B. Jordan, Spike Lee and Armando Pérez (aka Pitbull) are each attached to a creative agency.

There are data-driven celebrity investments as well. Edward Norton, for one, was an early investor in the TV audience analytics startup EDO. As films were transitioning to streaming channels, actors, directors and producers stopped seeing the clear box-office returns the industry always used to judge success, which prompted Norton’s interest.

Marques Brownlee on creating YouTube videos and how to cover tech that personally impacts you. [Wired]

Mediaocean acquires Drishyam AI and adds it to the Flashtalking business. [release]