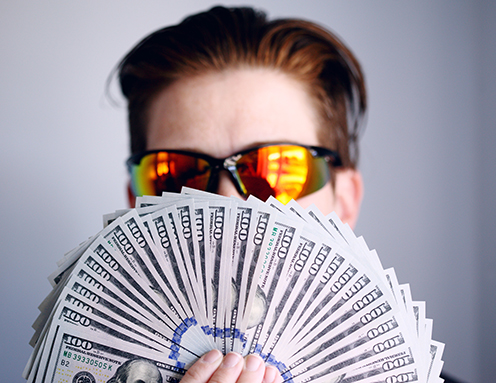 Ad tech IPOs are back in fashion as online advertising continues to surge during the ongoing COVID-19 pandemic.

In the first quarter of 2021 alone, there were seven ad tech transactions valued at more than $1 billion – double the number of unicorn-level deals that went down in the past few years combined.

Public companies flush with cash thanks to their spiking valuations have been sharing the wealth or using the current market exuberance to go public with high IPOs.

Magnite, for example, was able to buy SpotX for $1.17 billion because its stock is doing so well. Viant is trading at more than $30 right now, and AppLovin’s stock is just shy of $60 a share. Admittedly that’s lower than the $80 AppLovin was priced at, but it still ain’t bad.

Last week, DoubleVerify’s stock opened at $35 a share ­– nearly 30% above its IPO price – valuing the company at more than $5 billion.

And then there’s Taboola and ironSource, which are both going the SPAC route valued at $2.6 billion and $11.1, respectively. Vista took a majority stake in TripleLift worth $1.4 billion. And just this week mobile ad platform Moloco was valued at $1 billion.

But these big valuations have also sparked a debate about whether the values are warranted – or whether a bubble is about to burst.

And so we asked well-known ad tech founders: “What’s behind the soaring valuations of many ad tech companies, and are those valuations justified?”

Digital advertising is a soon-to-be trillion-dollar industry. It’s north of 50% of every advertising dollar spent today and has continued to grow as people spend more time surrounded by screens and speakers. At the same time, how digital advertising happens is going through a profound transformation, with cookies, regulation and walled gardens locking horns; TV-as-digital; and debate about the role that media plays in democracy and societal polarization.

The rules are being rewritten. The companies that will succeed in this new era are those that connect complex digital supply chains – that is, partner well with media across devices and with the portfolio of identity solutions enabling orchestration, optimization and measurement – in ways appropriate for enterprise-grade marketing.

The investor community has increasingly begun to favor businesses that leverage technology, science and service to convert media into the business results that global marketers are required to produce and innovate at the scale and pace required.

That, alongside the macro trends of an almost post-pandemic economy, has produced a buoyant environment.  Ultimately, this is good, with the usual risk of mistaking short-term noise for signal in terms of specific company selection.

Valuations for ad tech companies are at an all-time high partially because ad spending is accelerating incredibly quickly. Global ad spending on the SpotX platform alone grew 42% in 2020, driven primarily by OTT clients.

There is so much possibility in terms of scale, too. In CTV, viewership is soaring amongst previously untapped audiences of cord cutters and cord nevers.

These high audience numbers are clearly not just a fad. In 2018, 32 million households in the US were non-pay-TV households. That number grew to 48.9 million in 2020, and we expect it to scale even further in 2021. This presents a massive opportunity for advertisers.

Ad tech is booming, but don't call it a comeback. With apologies to LL Cool J, we've been here for years – 54 years in the case of Mediaocean – and we’ve known the massive value all along.

On top of that, the pandemic saw a shift to digital and streaming that was a real transformation. And where will a vast majority of these omnichannel broadcasters and streaming providers get their revenue from, you ask? Yep, advertising.

Anyone connected to connected TV has seen massive value expansion related to the consumer behavior shift from the pandemic coupled with the success of the walled gardens, which are raking in the ad dollars.

The irony of all this is that most of us in the industry have known this for years. It’s good that Wall Street has finally caught up to Madison Avenue.

Simply put, ad tech at scale with a CTV angle is now worth billions. “Millions” is a thing of the past.