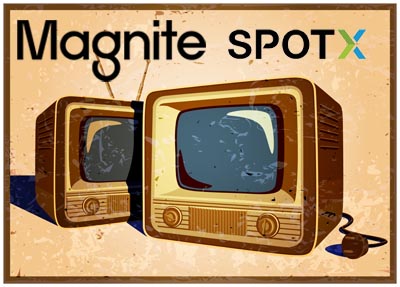 The cash and stock deal, announced Friday morning, is part of Magnite’s vision to go big in the connected TV space. LUMA Partners and Goldman Sachs advised on the transaction.

CTV is so hot that Magnite bought SpotX for more than four times the amount RTL originally paid to acquire the company. (RTL first purchased a $144 million stake in SpotX in 2014 for $144 million, later spending an additional $145 million to buy the remainder of the company in 2017.)

Magnite was able to shell out such a large sum partly because its stock has been doing really well recently – up 13% in January – giving them more financial leverage to do big deals.

The purchase price consists of $560 million in cash and 14 million shares of Magnite stock. SpotX’s net revenue for 2020 was $116 million, $67 million of which was CTV-related.

According to Magnite CEO Michael Barrett, the company’s vision is to build a highly scaled independent programmatic CTV and video ad platform.

Magnite (when it was still Rubicon) merged with video management platform Telaria in late 2019. Rubicon and Telaria rebranded as Magnite in June of last year.

Together, Magnite and SpotX will rep inventory for most of the leading programmers, broadcasters and device makers, including Discovery, Disney and Hulu, Roku, Samsung, Sling TV, ViacomCBS, Vizio and WarnerMedia.

“Sellers have been calling for a scaled independent alternative to the giant companies that dominate the CTV marketplace,” Barrett said in a blog post. “Magnite wants to be that alternative.”

Connected TV was growing before the pandemic hit, but the trend has accelerated mightily over the past year. Magnite’s business is growing in lockstep.

The number of advertisers that use Magnite’s CTV audience targeting features grew by 2.5x year over year in Q3 2020, causing Magnite’s revenue to grow by more than 50% and proving strong demand for addressable advertising technology in CTV.

This sort of action is a result of eyeballs shifting from linear to OTT combined with dollars shifting into ad-supported video on demand, said Terry Kawaja, CEO and founder of LUMA Partners.

“AVOD is completely supply constrained at this point, and given its relatively small size and the massive spend you still see in linear, that’s likely to be the case for some time, maybe even years to come,” he said. “CTV has all the qualities of digital, but applied to full sight, sound and motion, and so advertisers can’t get enough of it.”

Which makes buying SpotX an extremely logical move for Magnite as it works to establish itself as a primary source of CTV supply, Kawaja said.

“They’re like The Trade Desk, but for the supply side – and we’ll take the multiple,” he said.

Magnite expects the SpotX deal to close in the second quarter. Until then, Magnite and SpotX will continue to operate as separate, independent companies.

Magnite is scheduled to report its fourth quarter earnings on Wed., February 24.