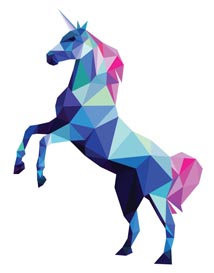 Seems like almost every ad tech company you meet these days has attained unicorn status.

Mobile ad platform Moloco has raised a Series C funding round, announced Thursday, that brings its valuation to $1 billion.

The funding came courtesy of the South Korean investment banking group Shinhan GIB and a handful of other new and existing investors, including VC and private equity firm Smilegate Investment, which also participated in Moloco’s Series B.

Moloco declined to reveal the specific amount of funding it received this time around, although a previous report estimated that Smilegate’s portion of the round is around $20 million on its own.

The company has two main products. One is Moloco Cloud, an automated buying platform that helps mobile marketers use their first-party and contextual data across the programmatic ecosystem. The second is a retail media platform that aims to help ecommerce businesses evolve their sites into media opportunities.

Moloco’s technology relies on machine learning to help apps optimize and predict the performance of their user acquisition, retention and monetization efforts. That stands the company in good stead, said Ikkjin Ahn, Moloco’s CEO and co-founder, particularly as IDFAs become harder to come by in the iOS ecosystem.

“In the absence of user-specific identifiers, we believe that strong ML will be the keystone to success in mobile advertising for both the supply and demand sides of the marketplace,” Ahn said.

Moloco is planning to use its new funding to hire across the board, but particularly to bring on more machine learning talent, what Ahn referred to as “battle-hardened professionals who can draw from their industry experience.” The company’s current headcount is 185.

But even at this point, the product road map is already full.

Moloco intends to continue refining the contextual targeting algorithms that power its Moloco Cloud product, which should come in handy now that iOS 14.5 has been released.

Next up for its retail media platform, Moloco is adding use case-specific applications, such as support for sponsored ads and a recommendation engine to help businesses navigate their transition to a world increasingly dominated by ecommerce.

As to whether Moloco is thinking about going public now that it’s valued so highly – and hey, mobile’s hot right now and everyone seems to be doing it – Ahn demurred.

“A public offering would open up a lot of doors for us,” he said. “But, for the time being, we’re focused on working closely with our investors to grow the company, strengthen our products and empower mobile marketers to take control of their growth efforts.”

One reason investors are so interested in the mobile ad business right now, Ahn said, has a lot to do with the tectonic shifts happening in the iOS ecosystem related to the enforcement of Apple’s AppTrackingTransparency framework.