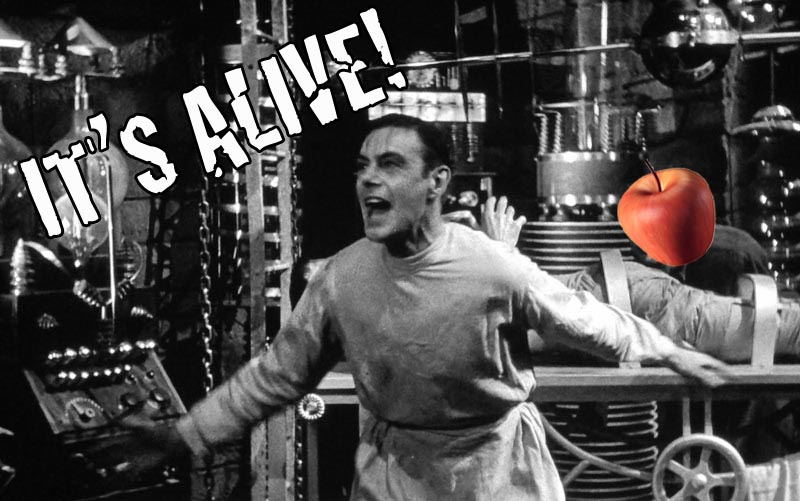 Blood pressures spiked at around 1 p.m. Eastern on Monday when Apple at long last released iOS 14.5 out of beta and into the wild.

Befittingly, it’s been a wild ride since June 2020, when Apple first announced at its Worldwide Developers Conference (WWDC) that starting with iOS 14, developers and advertisers would need explicit permission to collect and share a user’s IDFA.

But it quickly became clear that Apple’s AppTrackingTransparency (ATT) framework is about a lot more than just showing people an opt-in prompt.

Whether you consider ATT a long-overdue effort to give people more choice or evidence of Apple using privacy to gain brownie points with consumer advocates while simultaneously killing competition, Apple’s moves will change the way personalized advertising and measurement functions on iOS devices.

There’s been great focus on and much sturm und drang tied to the question of when Apple would release iOS 14.5, because that is also when ATT enforcement starts.

Now that it’s arrived, here’s a refresher on how we got here.

Apple WWDC 2020: A Version Of Intelligent Tracking Prevention Is Coming To The App World (June 2020)

The confusion and uncertainty begins. Sandwiched between flashy announcements about fitness tracking and digital iPhone car keys, Apple puts the mobile advertising industry on notice with the first official reference to its iOS 14 privacy changes.

Apple’s SKAdNetwork Gets Real – Is It The Future Of Mobile App Attribution On IOS? (July 2020)

Back in 2018, when Apple first introduced its attribution solution SKAdNetwork, most pundits brushed it aside as dilettantism. Apple’s ad tech track record has been checkered at best (see iAd).

But after WWDC, developers snapped to attention. SKAdNetwork, as flawed as some consider it to be, is now a key component of measurement on iOS 14.

Apple issues a reprieve to harried developers by postponing the enforcement of its privacy changes for iOS 14 until “early next year,” aka early 2021. (But did most app publishers and developers take this gift of extra time to get their houses in order? Take a guess. Nathan Levin, CEO and founder of mobile consultancy Mobile UA Ltd., noted in December that marketers had “completely squandered” their extension.)

Apple’s Policy Is Clear: Email Is Not Gonna Take The Place Of IDFA (October 2020)

Apple makes no bones about it: apps will need to receive a user’s permission through ATT to do any user tracking, even if that data was already collected with consent elsewhere.

Despite Two Upcoming Features, SKAdNetwork Is Still Designed To Be Limited (January 2021)

Apple says it plans to add support for view-through attribution for video, audio and interactive ads in apps as part of SKAdNetwork and that it will tie these capabilities to creative measurement so that developers can get a sense of which of their creatives are most effective.

Facebook begins testing a new in-app screen that appears before the ATT opt-in prompt. The purpose is to give users a bit more information about the value of opting in than they’d get in the prompt itself. (On Monday, Facebook shared a final version of what its “educational screens” will look like on the core app and Instagram.]

The ATT opt-in rate has been a great source of debate, with some predicting a high rate, others predicting a low rate and still others advising everyone to cool their jets until iOS 14.5 is actually live.

Is Apple Giving Its Own Ad Network An Unfair Advantage? (February 2021)

Concerns emerge that Apple appears to be providing its homegrown ad network with more granular measurement functionality than what everyone else will get through SKAdNetwork.

SKAdNetwork Adoption Rises, But Still Too Low For Devs To Avoid Disruption (March 2021)

SKAdNetwork adoption remains low, even on the eve of ATT enforcement. The SKAdNetwork struggle is real.

Developers get a taste of what ATT enforcement will be like when Apple begins rejecting app updates that conflict with its iOS 14 privacy framework. Fingerprinting was the culprit in this case.

First, the rumors flew and then the other shoe dropped. Apple issues a brief blog post alerting the developer community that its iOS 14 privacy requirements will apply starting on April 26 – and yet, because of the way Apple phrases its post, there’s still a little machloket about exactly when ATT enforcement will begin.

Regardless, the sand is rapidly collecting at the bottom of the hourglass.

Apple Is Expanding Its Ad Business On The Cusp Of ATT Enforcement (Yep, You Read That Right) (April 2021)

Just a few days before iOS 14.5 is slated for release, reports come out that Apple plans to expand its App Store business with new inventory for its own ad network. As mobile strategist Eric Seufert noted on Twitter: “Quelle surprise!”