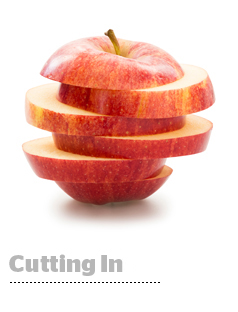 Apple just made a move under the radar that could cause third-party attribution providers to become obsolete.

In late March, Apple quietly released SKAdNetwork, an API for iOS 11.3 that allows ad networks or advertisers to directly attribute installs from the App Store without relying on an attribution vendor.

Apple’s well-documented stance on consumer privacy protection could be one motive behind SKAdNetwork.

The API provides an endpoint for advertisers to get pings directly back from iTunes. After an install happens, Apple can pass impression data right back to the buy side without sharing an IDFA, Apple’s device identifier for advertisers.

In other words, one less middleman.

In characteristic form, Apple’s API documentation is sparse and there have been no more detailed explanations from on high in Cupertino. Apple did not comment after multiple outreach attempts.

The stakes could be very high for third-party attribution providers.

The primary job of an attribution vendor is to match ad engagement, usually in the form of a click, with an install. Sounds simple, but it’s actually quite tricky.

Unlike Google, which makes it relatively easy for developers to see which traffic source led to an install, Apple erases referral info when a user hits the App Store. All an advertiser has to work with is the IDFA, Apple’s unique identifier.

Attribution vendors use the IDFA to track users across platforms as they interact with advertising until some of those users ultimately download and open an app. When there’s no IDFA available, say when a click comes from the mobile web, attribution providers use probabilistic methods like device fingerprinting to try to establish a connection.

But if Apple verifies an install to the ad network through an iOS API call, which is what’s being proposed with SKAdNetwork, there’s no need for an attribution provider to stitch together disparate data sources.

While it’s hard to imagine that Apple wants to get its hands dirty mediating clawbacks, Apple has been banging the consumer privacy drum for years.

Despite the $11.5 billion Apple raked in from its App Store last year, CEO Tim Cook has positioned his company as the polar opposite of a platform like Facebook, especially post-Cambridge Analytica.

During a commencement speech at Duke University on Sunday, Cook summed it up like this: “The truth is, we could make a ton of money if we monetized our customers – if our customer was our product. We’ve elected not to do that.”

It’s not too extreme to say that SKAdNetwork has the potential to effectively kill the need for third-party mobile app attribution for iOS – if anyone adopts it, that is. Then it would be sayonara, last-click, which isn’t necessarily a bad thing.

There could be wrinkles for the advertiser, though. If they or their ad networks don’t get IDFAs back as anonymized attributed installs, they won’t know who they targeted at the user level. Aggregated data from Apple would give advertisers a sense of which channels are working, but they’d theoretically have to rely on Apple to run their targeted re-engagement campaigns.

“The network knows that ‘some’ click from a particular campaign converted, but it doesn’t know which click,” said Chris Kane, CEO of ad tech consultancy Jounce Media. “It makes optimization really hard, because the network isn’t getting feedback about which specific clicks are good and which are bad.”

Apple hasn’t publicized its API and one attribution provider AdExchanger spoke with thinks adoption will likely be low or nil over the next 12 to 18 months, noting that the year to come will probably be more “about Apple learning, observing and figuring out how this might go.”

Even if there was mass adoption of the SKAdNetwork API, though, iOS doesn’t represent the entire app market by a long shot. Android’s global market share in 2017 hit 85.9%, according to Gartner. Apple’s share was around 14%.

Of course, if Google decided to take a page out of Apple’s book on this, attribution providers would have to start doing a lot of soul searching.

But it’s all conjecture for now. In classic Apple fashion, there’s little information on SKAdNetwork other than the spartan API doc it dropped in March.

“This could be a massive change. It just really depends on the rollout – and that’s where everyone is scratching their head,” said N3twork’s Seufert. “No one seems to know how this is going to be implemented, so, for now, it’s a total mystery.”

Michael Oiknine, chief revenue and strategy officer at app attribution company Singular, isn’t convinced Apple is in this for the long haul.

“Measurement and advertising are not in Apple’s DNA – their business is about selling more hardware,” Oiknine said. “Eventually, Apple will most likely decide that app attribution isn’t in line with the key objectives of the company and just let this idea die.”

Apple frequently bedevils the mobile ad industry with experiments, unpredictable changes and a lack of communication.

In 2010, Apple updated its developer terms of service to outlaw iOS apps from using third-party analytics. The move, which was in effect for more than six months, was in reaction to Steve Jobs’ anger at analytics company Flurry using its SDK to detect the first secret iPad tests on Apple’s Cupertino campus.

In 2012, Apple banned third-party developers and ad networks from using unique device identifiers (UDID for short) to track users across devices without providing third parties with a more privacy-safe alternative. Third-party measurement providers spent a confusing year trying to come up with a viable alternative until Apple gifted them with the IDFA.

For a spell in 2014, apps that used the IDFA to track ad effectiveness but didn’t actually serve ads within their application were rejected from the App Store.

And in 2016, Apple rolled out limit ad tracking functionality as part of iOS 10 to prevent ad networks from tracking and targeting users based on IDFA. IOS 11, which came out last year, includes an intelligent tracking prevention feature that blocks third-party cookies in Safari by default.

SKAdNetwork is just the latest mystifying move from Apple.