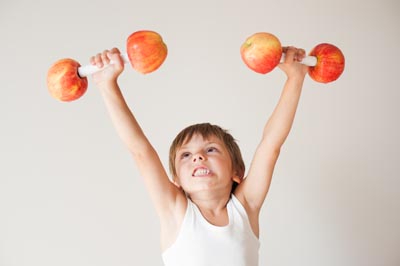 Apple appears to be providing its homegrown ad network with more granular measurement functionality that what everyone else will get through SKAdNetwork.

Specifically, the Apple Ads Attribution API payload field will include two parameters that are important for optimization – creativeSet ID and keywordID – but totally absent from SKAdNetwork postbacks.

Which begs the question, is Apple preferencing its own ad network over others?

“While Apple cites privacy as the main reason for their new device ID policy, it seems to really be an attempt to divert advertising dollars to themselves and create yet another walled garden,” said Diaz Nesamoney, CEO of creative ad tech company Jivox.

Not the first time

It isn’t always easy to pin down Apple’s motives, though. Apple rarely shares more information than is absolutely necessary, which can leave the companies reliant on its ecosystem guessing.

But given the intense scrutiny over every move that Apple makes – developers, regulators and Apple’s nemesis Facebook are all paying close attention – giving itself an obvious edge “is kind of inexplicable,” said Eric Seufert, a mobile consultant and editor of Mobile Dev Memo.

“It’s a little blatant,” he said. “But this also isn’t the only example.”

Seufert pointed to the toggle in iOS14 devices that Apple appears to have carved out for personalized Apple-delivered advertising, aka Apple’s own ad network.

Although Apple’s AppTrackingTransparency (ATT) framework does apply to Apple’s own apps, it doesn’t seem like it’ll do so by default, whereas ATT will be on by default for all third-party apps once the framework rolls out at some point in the next month or so.

For Apple to exempt its own advertising from ATT by default means that people will need to actively turn tracking off in their settings for Apple ads, while they’ll have to opt into tracking for ads placed by third-parties.

Also, third-party apps will only be able to display the ATT opt-in prompt once, and iOS 14 device users can also universally opt out of being asked for tracking permissions at all.

To be fair, Apple has always had a standalone attribution API to credit app downloads that originate from Apple search ad campaigns on iOS devices.

And Apple is planning to throw advertisers a bone in early spring with the addition of view-through attribution (VTA) to SKAdNetwork; its own ads attribution API doesn’t include VTA.

Even so, SKAdNetwork is inferior to Apple’s ads attribution API, on the creative front at least. Creative testing is a complicated proposition without the IDFA, and advertisers have been asking for something along the lines of creative and keyword IDs to be added into SKAdNetwork for a while, Seufert said. No dice, though.

But is Apple actually advantaging itself?

Relatively recently, Apple expanded its ad inventory beyond search ads in the App Store to also include its News and Stock apps, which could make it more enticing as a supply source, especially in combination with Apple’s attribution offering.

But even with the ability to do superior attribution for its own ads, some buy siders are skeptical that Apple’s attribution advantage significantly effects its share of ad budgets.

“Apple would have to improve that a lot more in order to have an impact,” said Diego Meller, co-CEO and co-founder of mobile DSP Jampp.

At this point, he said, it’s not exactly clear how much Apple’s seeming advantage is by design “and how much is just a legacy of how things were before that weren’t updated to the new policy.”

Although unlikely in the near term, it’s not impossible that Apple won’t eventually layer additional functionality into SKAdNetwork at some point down the line.

“Let’s agree that their rollout of this hasn’t been consistent to say the least,” he said.

And how do developers feel about Apple’s purported attribution advantage? For some, it’s perhaps less top-of-mind than Apple developing self-preferencing features that could directly undermine their business.

Apple has been rejecting apps that monetize via IAP/Subscriptions for implementing referral programs, and hasn’t provided any way for apps to even do referral programs in a post-IDFA world, so getting this email today about is a bit of a slap in the face: pic.twitter.com/CTUx2Yibws