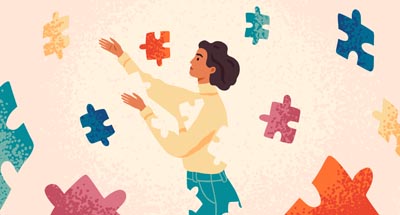 SKAdNetwork is entering its final form, though details are scant.

Apple recently updated its page dedicated to user privacy and data use to reflect its plan to add support for view-through attribution for video, audio and interactive ads in apps by “early spring” 2021. Apple will tie these attribution capabilities to creative measurement, so developers can see which of their creatives are most effective.

Early spring is also when Apple will implement the AppTrackingTransparency (ATT) framework on iOS 14 devices.

Under ATT, apps must get each user’s permission before using the IDFA to track them across apps or sites owned by other companies. SKAdNetwork will allow registered ad networks to attribute app installs to campaigns without needing to rely on the IDFA.

Don’t expect Apple to add any other functionalities to SKAdNetwork before the official release in the spring, though.

Despite Apple’s intention to support view-through attribution and creative measurement, SKAdNetwork remains a limited tool, at least compared to how attribution functions in apps today.

There are no creative IDs, the reporting is far from granular, postbacks are delayed by at least 24 hours between an install and when it’s actually reported and conversion values are restricted to just six bits of data.

But as mobile consultant and Mobile Dev Memo editor Eric Seufert pointed out on Twitter over the summer, SKAdNetwork is limited by design.

And in Apple’s view, that’s a feature rather than a bug. Apple’s goal is to break – and remake – mobile app attribution.

4/ Complaining about SKAdNetwork because it doesnt accommodate user-level attribution or user-level event tracking completely misses the point of SKAdNetwork (and iOS 14 in general). Heres the iOS14 LAT setting. Do you think this is merely a symbolic gesture from Apple? pic.twitter.com/Gi0hd88Y1J

Web advertisers will already be familiar with PCM, which is the newish name for Apple’s privacy-preserving ad click attribution API for the web.

PCM was first proposed in May 2019 as an alternative way to allow advertisers to see if a particular ad campaign led to an increase in purchases without being able to uniquely attribute clicks and conversions to specific people.

The version of PCM for iOS will give ad networks the ability to measure the effectiveness of ad clicks within iOS or iPad OS apps that navigate to a website.