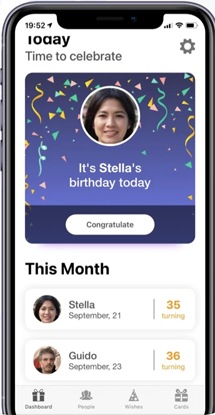 So few publishers and advertisers are ready for Apple’s forthcoming IDFA changes that mobile DSP Jampp had to develop its own app just to run live tests of SKAdNetwork.

Once Apple implements its AppTrackingTransparency (ATT) framework, which will require advertisers and publishers to get an opt-in before using someone’s IDFA, SKAdNetwork will become the de facto way to attribute app installs on iOS – and that day is getting close.

In September 2020, Apple postponed the launch of ATT until “early next year,” but early next year is … well, now. There are rumors that the framework could be part of the next iOS update (14.4), which is in beta ahead of an official release.

The question is, why aren’t publishers more prepared given Apple’s deadline extension?

“It’s a matter of prioritization,” said Guido Crego, head of product at Jampp. It’s often difficult for growth and marketing teams to get development time on the road map.

But it’s also a matter of procrastination.

“When Apple decided to push the deadline back, most people relaxed instead of using the extra time,” Crego said. “Now companies are waking up again, realizing they haven’t done what they need to do yet and they’re starting to freak out.”

Late last year, Jampp developed an app that it could use to run its own SKAdNetwork tests rather than wait on advertisers to have their come-to-Jesus moment.

Jampp integrated the SKAdNetwork framework, Singular’s SDK for attribution and the Facebook SDK into Birthday Buzzer. Then it went through the App Store approval process and ran a user acquisition campaign to generate installs. The app had to be legit so that Jampp could run a proper test of install and in-app event activity with real traffic and attribution.

Before starting its SKAdNetwork test, Jampp ran a few weeks’ worth of regular campaigns with IDFA traffic in the US, Argentina and India to get benchmarks for different regions in order to compare with SKAdNetwork campaigns.

Even today, however, after a few months of testing, only around 15% of SKAdNetwork traffic is being transacted with support for IDFA, which makes it hard to get campaigns with enough scale to make comparisons.

Publishers have been slow to adopt SKAdNetwork, and some SSPs are still in the process of adding SKAdNetwork support in their SDKs.

Even so, Jampp was able to determine that click-to-install conversions appear to be pretty much in line with the results of typical campaigns, which was “good news,” Crego said.

“Before, no one knew if Apple’s attribution rules would be compatible with or even apply to ‘regular’ campaigns,” he said.

But what also became abundantly clear during the testing phase is that SKAdNetwork has many limitations compared with how attribution works on iOS today.

Even after Apple fixed a bug in November whereby it was leaving essential information out of SKAdNetwork postbacks, there’s some info that Apple simply leaves out on purpose. For example, not only is SKAdNetwork data aggregated, it’s shared back with ad networks on a delay.

There’s a threshold that needs to be met before Apple shares conversion-related information about an install. But that threshold isn’t public and it’s also possibly dynamic depending on the campaign.

“That means some campaigns have no information and you just don’t know why, which isn’t a minor detail – conversion value is extremely important for optimization,” Crego said. “A lot of what we build around SKAdNetwork relies on that data, so not being sure when, how or why we receive it makes this really complicated.”

Adding to the complexity is the fact that SKAdNetwork postbacks currently include a device’s IP address, which is helpful because a DSP like Jampp can use that to know if a conversion is coming from a particular city, for example.

But it’s also kind of weird, since exposing IP addresses goes against the spirit of Apple’s approach to privacy protection. There’s a theory flying around that for the final version of SKAdNetwork Apple might use some sort of VPN on the device to obscure IP addresses so that they can no longer be used for optimization.

The problem is, no one knows for sure, which demonstrates yet again why planning for the IDFA changes is so tricky.

“Should we build assuming we’ll get IP addresses or assuming not?” Crego said. “That’s just one of the issues we’re facing today.”

So, what’s a developer to do? Dig in despite the complexity.

Whether Apple pulls the trigger on ATT today, tomorrow or four weeks from now, advertisers and publishers are on the cusp of “a new reality” which is coming for them whether they’re ready or not, said Diego Meller, co-CEO and cofounder of Jampp.

So they might as well attempt to be ready, especially since this will likely impact their bottom line.

“The danger here is that a lot of large companies in the app ecosystem are greatly dependent on performance marketing – there’s a direct line between their performance marketing and their revenue,” Meller said. “And, the fact is, a big chunk of that, minus Android – for now – will suffer if they don’t get their act together.”