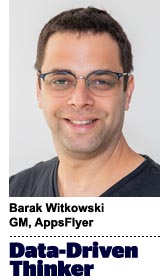 SKAdNetwork has been a hot topic following Apple’s recent privacy announcements, driving both hope and concern for advertisers about the future of their marketing strategy.

Most mobile advertisers had never heard of SKAdNetwork before June of this year, even though Apple first introduced it back in 2018. Over the past few months, I’ve seen how even the savviest marketers are struggling with some aspects of SKAdNetwork. I’ve put together a list of the most worrisome challenges advertisers face when working with SKAdNetwork.

SKAdNetwork’s 24-hour timer starts when the function is called on for the first time (usually upon first app launch). Once the timer expires, the conversion value is locked in. The good news is advertisers can delay the locking mechanism of the timer in some cases.


Some advertisers require more than 24 hours of post-install user activity to optimize campaigns. One example might be a gaming app where an advertiser optimizes based on day three revenue.

If an increase in conversion value is triggered by an app open, the timer will be reset for another 24 hours. This way, theoretically, advertisers could continue resetting the timer for up to two months.

There are three trade-offs to consider here:

A timer delay lets you measure events occurring down-funnel (e.g., subscriptions after a 7-day trial). You can delay the timer to start upon event initiation by delaying the first call to the registerAppForAdNetworkAttribution and updateConversionValue functions.

Delaying the timer prompt ensures measurement of the chosen event, but note that if the user churns before the event occurs, no postbacks will be sent.

The conversion value is a single field of 64 values that must contain every detail of the user’s journey. It is a very limited resource and many advertisers are confused about how to utilize it. There isn’t a “one size fits all” approach here, and strategy will differ between apps and KPIs.

Bit splitting is used to measure several KPIs in parallel: revenue, engagement, conversion, retention etc. Advertisers can allocate different numbers of bits for each KPI, but it’s important to remember that the more bits you split, the less granular the KPI data will be.

The 64-segment approach lets you measure more than six different in-app events, while grading end users based on segments, rather than allocating a bit per event.

This process is done by defining 64 different segments of users. For example, a single segment can hold the following data:

With this method, you can define an unlimited number of KPIs and events for each segment. The trade-off is that you won’t be able to decode back the value to a specific KPI (such as revenue). It also requires you to be extremely diligent in setting up these 64 segments, ensuring they cover the entire range of app users with no overlap. Each user must only fall into one segment. After all, if a user falls into more than one segment, they’ll be added randomly into a segment, and the goal is to make optimized marketing decisions, not random ones.

Server-based solutions for SKAdNetwork enable advertisers to change the conversion value configuration in the cloud, where a command is sent instantaneously to the SDK. This ensures that customer logic is continuously aligned with the desired configurations.

The trade-off? Each configuration change creates a window of time when it’s impossible to determine whether incoming postbacks relate to the old configuration or the new one.

To get around this limitation, dedicate one of the six bits to indicate if the postback relates to the old configuration or the new one. If you want the flexibility to change strategies frequently, you’ll have to compromise on the level of KPI granularity you measure.

From challenge to opportunity

SKAdNetwork presents new challenges to marketers, but it also presents immense opportunity. Getting comfortable with all the bits and bytes of the conversion value, proper planning, testing and validating assumptions will help you create a significant advantage in a highly competitive market.