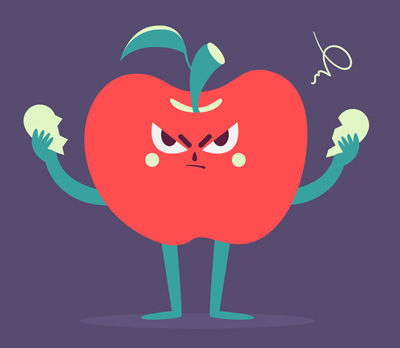 Apple has a tendency to ask for forgiveness, not permission.

Known for unilateral decision making that can throw entire industry sectors into a tailspin (just ask the mobile ad ecosystem), many of Apple’s recent moves fit a pattern of behavior.

Developers have long considered Apple’s App Store policies inscrutable and inconsistently applied, and its approach to mobile identifiers and measurement – from UDIDs to the IDFA to Limit Ad Tracking essentially on by default – is an ongoing rollercoaster ride.

Here are three of the most recent ways Apple is displaying its power.

In certain situations, Apple has started to redirect web links clicked by Apple News Plus subscribers to the Apple News Plus app, rather than to a publisher’s own website. This situation impacts publishers that participate in Apple News Plus and for users on Safari with the newest versions of Apple’s operating systems for mobile and desktop (iOS 14 and MacOS Big Sur, respectively).

There are two main issues here. Even though affected publishers are Apple News Plus partners, they apparently weren’t told about this change, which has the potential to cannibalize their valuable subscription audiences. Second, Apple is engaging in an activity it publicly reviles: cross-site and cross-app tracking.

“I’m sure that Apple’s well-oiled marketing machine will somehow package this as being valuable for the publishers,” said Yaron Galai, CEO and cofounder of Outbrain. “[But] my advice to publishers: If you don’t opt out of Apple News, Apple will ultimately opt you out of publishing.”

This one’s the biggie. In June, Apple announced that rather than killing its advertising ID, the IDFA, it would start requiring developers to get an opt-in before being able to use it.

The end result, according to many, will be nearly the same as deprecation would have been.

“In a way, you could say that Apple is slowly removing the IDFA altogether,” said Mathieu Roche, CEO and co-founder of identity company ID5.

The expected opt-in rate is expected to be quite low.

Before this, someone could control app tracking by taking a multi-tap journey into their phone’s settings menu to enable Limit Ad Tracking. But starting with iOS 14, users will see an explicit pop-up notification asking for permission to use their device ID for specific purposes.

Mobile ad companies and developers don’t have a lot of time to prepare for this massive change. IOS 14 is slated for release in September.

Although iAD didn’t work out that well, Apple has quietly built search ads into a tidy business as services become a more important source of revenue for the company.

These ads primarily appear in the App Store as a paid discovery tool, but there have been search ad placement sightings on other Apple properties, including Apple News, evidence that Apple is possibly expanding the scope of its ad network.

Which is particularly interesting considering that late last week, Eric Seufert, a mobile strategist and editor of Mobile Dev Memo, discovered a settings option in the forthcoming iOS 14 that would give preferential treatment to Apple ads personalization.

It looks like Apple is exempting its own ad network from the IDFA-related privacy changes in iOS14. iOS14 includes a separate setting for Apple Ads personalization: (1/X) pic.twitter.com/cc0ZoAhuR6