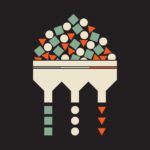 A lot of ink has been spilled about the value of a publisher’s first-party data, but publishers can’t effectively monetize their data programmatically if they don’t have a standardized way to categorize it. For example, one of the reasons buyers have been reticent to test the IAB’s Seller-Defined Audiences (SDA) spec is because it’s not END_OF_DOCUMENT_TOKEN_TO_BE_REPLACED 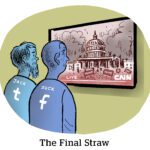 Why Babylist Is One Of The Most Interesting Ecomm Plays; Check My Ads Sets Its Sights On Fox

Here’s today’s AdExchanger.com news round-up… Want it by email? Sign up here. Baby Steps Babylist began as a registry to combine a gift registry and services (like helping new parents by arranging dog walks) with an affiliate revenue model. Although the approach worked well, 85% of Babylist’s sales went to a single retail partner, CEO END_OF_DOCUMENT_TOKEN_TO_BE_REPLACED

DoubleVerify Chief Mark Zagorski On The Expansion Into The Sell Side

Ad verification company DoubleVerify has been busy. It followed up its $350 million investment deal last month with a new tool designed to help advertisers take a more nuanced approach to brand suitability. And last week, DoubleVerify – long associated with the buy side – launched the DV Publisher Suite, which aggregates data on one END_OF_DOCUMENT_TOKEN_TO_BE_REPLACED 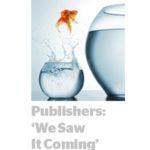 With Chrome bidding farewell to third-party cookies, publishers predict a steep rise in use – and value – of their first-party data. Media companies with their own audiences and direct-to-consumer relationships expect power to accrue to them. And many publishers already have a head start. With Apple’s Safari browser blocking cookies for about 30% of END_OF_DOCUMENT_TOKEN_TO_BE_REPLACED

Hearst is building a self-serve ad platform so advertisers can overlay their audience data against Hearst’s to reach readers across sites like Cosmopolitan, Esquire, Elle and Car and Driver. Designed for smaller advertisers, the platform – dubbed Hearst Audience Select – is slated to launch in time for Q4 ad campaigns. Audience Select will also END_OF_DOCUMENT_TOKEN_TO_BE_REPLACED

IAB Tech Lab Releases Data Transparency Standard, With Audits To Give It ‘Teeth’

The IAB Tech Lab on Thursday released a new standardization system for third-party audience data and an auditing and credentialing program for data sellers. The effort to bring transparency to third-party data segments has “had a few lives” within the IAB, said Dennis Buchheim, the Tech Lab’s general manager. The longtime problem is that when END_OF_DOCUMENT_TOKEN_TO_BE_REPLACED 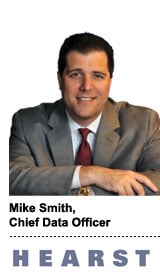 The Influencer Threat And Promise Of Paywalls: Magazine CEOs Reflect On Challenges In Year Ahead

The battle between buying audiences and buying context is over. Glossy, splashy magazine brands know they’ve lost the cheap CPM game to Facebook, Instagram and Google. But they’ve regrouped in recent years, figuring out how to connect with advertisers and consumers and shore up revenue by diversifying away from advertising. At Tuesday’s American Magazine Media END_OF_DOCUMENT_TOKEN_TO_BE_REPLACED Here’s today’s AdExchanger.com news round-up… Want it by email? Sign up here. The Zuck Abides Readers might be forgiven for thinking this has been a brutal year for Facebook, given the long string of scandals and investigations the company has faced. But in some important ways, Facebook is humming along as smoothly as ever, according to END_OF_DOCUMENT_TOKEN_TO_BE_REPLACED 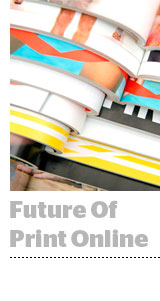 6 Magazine CEOs, 4 Strategies: How To Survive And Thrive In 2018

The magazine industry is consolidating in the face of multiple challenges. Rather than the newsstand, competition is coming from social platforms. Marketers want the performance advertising sold by key digital players. And as print circulation declines, magazines struggle to maintain the steady revenue from their direct-to-consumer subscription businesses. The CEOs and presidents of Condé Nast, END_OF_DOCUMENT_TOKEN_TO_BE_REPLACED