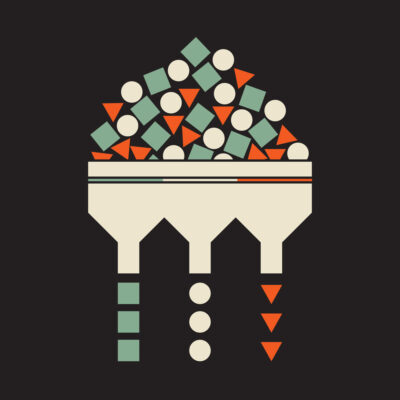 A lot of ink has been spilled about the value of a publisher’s first-party data, but publishers can’t effectively monetize their data programmatically if they don’t have a standardized way to categorize it.

For example, one of the reasons buyers have been reticent to test the IAB’s Seller-Defined Audiences (SDA) spec is because it’s not clear what data signals publishers are using to build individual SDA segments.

Muldoon is the former CEO of Accordant Media. He co-founded ArcSpan in 2020 with Accordant’s former CRO, Garret Vreeland, after the duo spent several years at Dentsu following the holdco’s acquisition of Accordant in 2016.

On Monday, ArcSpan released a tool called Contextual APP, a contextual data processing solution that, despite its name, isn’t specifically focused on mobile apps. The “APP” stands for “analyze, process and push,” and the tool supports programmatic across desktop, mobile and CTV.

“By applying a consistent taxonomy, you have much clearer structure and transparency, and that appeals to the buy side,” said ArcSpan COO Chris Guenther.

Contextual APP is being rolled out as part of ArcSpan’s Audience Engine, which is a revenue optimization platform that structures and automates different aspects of audience monetization.

The tool enables publishers to structure their first-party contextual data into salable audience segments, including seller-defined audiences, using the IAB Tech Lab’s content and audience taxonomies. Publishers can then make those audiences available across buy-side and sell-side platforms.

Publishers can easily integrate Contextual APP by placing a tag on their page.

With the ongoing (albeit delayed) shift away from a third-party-cookie-based marketplace to one based on first-party data, publishers hope the power balance will shift from the buy side to the sell side, because publishers have access to valuable first-party data about their audiences and their own content.

But some buyers are concerned about the way that post-cookie solutions, like seller-defined audiences, are built, which involves publishers using contextual signals to package their own audiences.

Buyers are right to be suspicious, Guenther said, because there’s often a lack of understanding even on the publisher side as to what metadata and taxonomies are being applied at the URL level. For example, contextual signals can include content tags that get added to a story in a publisher’s CMS, he said, and such tags are often inconsistently applied.

ArcSpan is looking to mitigate buyer concerns about SDA by applying the IAB Tech Lab’s taxonomies, as well as the proprietary taxonomies used by DSPs, consistently across publisher inventory, Guenther said.

Another issue that Contextual APP aims to solve is the problem of publisher sites being misclassified by Google’s web crawlers, said Jeff Misenti, co-founder of The Publisher Desk, an audience development and monetization managed service provider focused on long-tail publishers.

The Publisher Desk is an early adopter of Contextual APP, which is currently integrated on Sportsnaut, a sports-centric site for which Misenti serves as COO.

Using a standard classification like the IAB’s content taxonomy makes it easier to classify a site’s data according to what it actually is, Misenti said, and it allows SSPs to ingest that data and send it out into the bidstream, which makes it easier for the associated inventory to be picked up by DSPs.

Many smaller publishers don’t know the IAB’s content taxonomy even exists, and even if they did, they often don’t have the in-house engineering capability to implement it on their own, he said.

Although it’s still too early to determine Contextual APP’s impact on revenue, Misenti said, having a site’s inventory properly categorized within SSPs in a way that makes sense for buyers is a major improvement. The Publisher Desk’s next step is to use Contextual APP to push more of its publisher inventory into SSPs, he said.

ArcSpan believes that by adding more structure to unidentified audience segments using the IAB’s standard taxonomy publishers can see a revenue lift of between 30% to more than 100% in some cases, Muldoon said.

“Unidentified audience data released into the bidstream oftentimes gets monetized at CPMs under 10 cents,” Muldoon said. “We can structure that and get 50- to 80-cent CPMs.”

Publishers that use Audience Engine and Contextual APP pay a SaaS fee based on page volume. ArcSpan also offers an audience building managed service with fees based on a share of incremental revenue.

Although there are some worries that Google’s perpetuation of third-party-cookie support in Chrome might diminish the urgency publishers feel to implement contextual targeting solutions like Contextual APP, the prospect of higher CPMs and closer integrations with buy-side and sell-side partners will win out, Muldoon said.

And Muldoon’s prediction could be right. He and his co-founders have been in the ad tech business a long time.

Muldoon’s background in digital media dates back to the late ’90s when he was a principal at PricewaterhouseCoopers. He later became CEO of buy-side tech vendor Accordant Media, which he co-founded in 2010 and sold to Dentsu in 2016.

His fellow co-founder, Vreeland, was previously CRO, then president, of Accordant Media. Before that he was one the first people to sell a banner ad back during his time at Time Inc.’s Pathfinder, one of the internet’s first web portals. Vreeland was also VP of sales at Right Media from 2005 to 2007, where he helped build the first ad exchange, he said.

Guenther has 16 years of experience on the sell side, having previously handled programmatic for Dow Jones, Condé Nast, Hearst and News Corp before joining ArcSpan last year.

And ArcSpan’s SVP of engineering Balaji Rao built Demdex’s DMP, which was later acquired by Adobe and now serves as the cornerstone of Adobe Audience Manager. Rao also built Accordant’s DMP and is also the architect of ArcSpan’s new platform, Vreeland said.