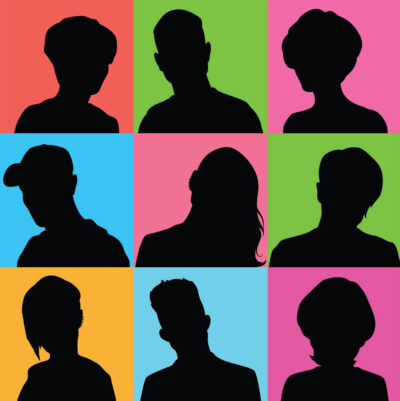 But it’s still early days for SDA, which was first made available for testing via OpenRTB in May of last year before its release in February.

Some publishers are enthusiastic about testing SDA campaigns in the run-up to Google’s 2023 deadline for the phaseout of third-party cookies in Chrome.

There is growing concern, however, about a marked lack of advertiser interest in doing the same.

Very few advertisers are currently purchasing seller-defined audiences, and, as of now, most DSPs aren’t actively integrating the spec.

“SSPs are taking the data, but nearly no DSPs are,” said Paul Bannister, CafeMedia’s chief strategy officer. “There’s nearly no demand at all.”

The main reason media buyers aren’t transacting on seller-defined audiences right now is because they can still rely on cookie-based targeting, so there’s no compelling force pushing them toward adopting a cookie alternative, said Benjamin Dick, the IAB Tech Lab’s senior director of product.

Most advertisers are either unaware of seller-defined audiences, unable to access these audiences or are indifferent to the different targeting methods available to them, said Scott Messer, Leaf Group’s SVP of media.

“SDA could show up in three places, each requiring a different set of integrations and workflow: open auction, an SSP curation deal or as a DSP feature,” Messer said. “While it is relatively straightforward for a publisher to enrich the bidstream with SDA for open auction, are DSPs even looking for this signal? Can a buyer in a DSP select SDA as a targeting parameter instead of Grapeshot or some internal contextual tool?”

Publishers should have access to a user interface and tools that help them understand how their data is being enriched, and DSPs should be able to select SDA as a targeting parameter, Messer said.

But SSPs, particularly those that have DMP integrations, are capable of ingesting SDA data from publishers and packaging it for purchase within their platforms.

“One of the interesting things about Magnite buying Carbon or TripleLift buying 1plusX is they then can take that technology and make [SDA] an offering inside their SSP so a publisher doesn’t have to do that,” said Insider SVP of programmatic and data strategy Jana Meron.

But although SSPs have a role to play in curating inventory on a seller’s behalf, publishers should be pushing for more SDA integration among DSPs, Messer said.

“SDA could be a big boost for SSP sales teams who want to use a more robust taxonomy for curating publisher inventory,” Messer said. “Publishers would welcome a boost to SSP curation, but they should really be angling for how to get DSP integrations at large.”

The IAB Tech Lab is aware that publishers have concerns about the lack of buy-side demand for seller-defined audiences, Dick said.

In response, the trade group is working to educate the digital advertising ecosystem about SDA and fine-tune the spec based on industry feedback. The IAB Tech Lab’s position is that buyers just need more time.

“We’re not under any pretenses that this is going to be a quick process,” Dick said. “[SDA] is a broad, flexible framework that requires integration in many different ways, depending on who you are in the supply chain – so the time horizon is a lot longer than [what would be expected for] a commercial proprietary integration of a privacy sandbox or a clean room, because [SDA] is not plug and play.”

But the advertising industry always takes a while to warm up to new specs and targeting solutions, said David Rowley, senior director of data and identity products and platforms at News Corp.

“We have to be pragmatic about how quickly the industry can move, given all the priorities we’re working on, even though there are looming deadlines we’re all aware of,” Rowley said. “It’s not a lack of interest [from the buy side] – more so a lack of focus. But publishers will need to continue to beat the drum.”

More transparency for the buy side would help allay advertiser concerns about a lack of insight into what data signals were used to build individual seller-defined audiences, Messer said.

“Until we solve the chocolate cake problem, publishers will at best offer a dizzying array of SDA variations that are too nuanced, complex or incompatible for buyers to sift through,” Messer said.

The chocolate cake analogy is directly connected to a fundamental fear advertisers have that, as the industry shifts from third-party-cookie-based targeting to targeting based on publisher first-party data, sellers will send them unreliable targeting signals, and they won’t have the transparency they need to accurately determine the value of seller-defined audiences.

“No doubt buyers will prefer authenticated audiences and the industry will do everything it can to accommodate,” said Rob Beeler, founder of consultancy Beeler.Tech. “But there is work to be done [on SDA], and buyers should help drive it to where it needs to be.”

And buyers worried about transparency should be aware that the SDA spec includes a Data Transparency Standard, or a data label, that provides metadata about what signals were used to create the audiences, Dick said. Buyers can use this information to inform automated bidding decisions.

But determining campaign performance and ROI will still require working with third-party measurement partners, Dick said, because SDA “makes no headway in terms of measurement across different contexts and it’s not intended to.”

Meanwhile, publishers are worried that advertisers won’t be able to assess the true value of their seller-defined audiences.

For that, though, there is no more effective solution than simply tracking demand-side interest, Dick said.

But the IAB Tech Lab is taking publisher pricing concerns into consideration. It’s considering codifying a minimum floor price as part of the OpenRTB model that needs to be met in order for an SDA impression to be won, Dick said. The IAB Tech Lab is also exploring standardizing the bid response process on the DSP side.

Update 8/3/22: Check out the follow-up to this story in which ad agencies and buy-side tech platforms share their concerns about seller-defined audiences.