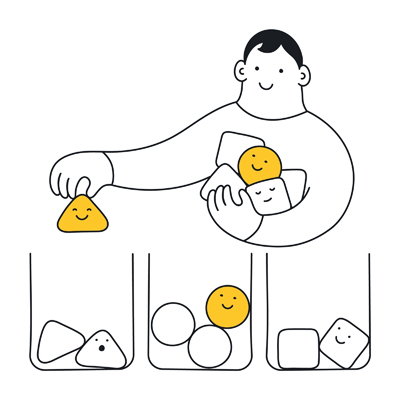 Seller-defined audiences, the IAB Tech Lab’s spec to help publishers work together to monetize their first-party data on the open web, is ready for prime time.

The IAB Tech Lab released a proof of concept for seller-defined audiences (SDA) on Thursday, two years after first launching Project Rearc. SDA is the first full public release of a technical spec incubated as part of Rearc.

As a refresher, Project Rearc is the IAB Tech Lab-led initiative to create open-source standards to support addressability across the web, mobile and CTV.

The draft of the SDA spec was open for public comment through May 2021.

The idea behind seller-defined audiences is to make a publisher’s own data and site traffic transactable programmatically across multiple sites and sellers in a privacy-safe way.

A publisher’s first-party data typically doesn’t make it to the bidstream. That comes with privacy concerns, data leakage issues and the fact that first-party publisher data just doesn’t scale – most web publishers, even well-known sites, don’t have a high rate of logged-in visitors.

But with just under two years to go until the end of third-party cookies in Chrome, the race is on to balance privacy with personalization, said Benjamin Dick, senior director of product at IAB Tech Lab.

“There’s been quite a bit of commoditization that has happened around publisher audiences and premium content more broadly,” Dick said. “We’re trying to make sure publishers have firmer controls over how their audiences are used.”

There’s no lack of proposals for what Dick called “untested new technologies,” like what’s being developed in the Chrome Privacy Sandbox. But most of the APIs knocking around in there designate the browser as the sole determinant of an audience, from the now-retired FLoC to the Topics API that replaced it.

There’s no reason, though, why sellers shouldn’t be able to define, name and sell against their own audiences, Dick said.

In a rather technical nutshell, SDA pegs anonymized audience IDs against an audience taxonomy to create transparent, standardized cohorts underpinned by descriptive metadata as a way to support addressable targeting and first-party data monetization in programmatic media (browser, in-app and CTV). Yep.

To break that down: Publishers are in a position to observe how their sites are being navigated, including seeing audience attributes and page-level context. If enough readers or site visitors behave the same way or share the same attributes, a publisher can assign a taxonomy ID using the IAB Tech Lab’s audience taxonomy. This applies a standard naming convention for each cohort so buyers, sellers and their tech stacks have common terms for talking about audiences and content.

The threshold for what counts as a sufficiently sized audience is being kept purposely undefined at the moment, however, since it’s so early in the testing process.

The Tech Lab’s audience taxonomy has more than 1,600 standard attributes that can be triangulated to describe a fairly wide spectrum of niche audience characteristics. (If you really want to get into the weeds, the Tech Lab’s taxonomy is a subcomponent of its broader Data Transparency Standard program, which devises labels so buyers and sellers have visibility into audience segments, including what companies provided the data, where the audiences were originally sourced and the decisioning logic of why particular IDs ended up in a given segment.)

Publishers or their data partners, like a DMP, then map their audience attributes to the taxonomy descriptors and register their data labels at datalabel.org, which is part of a cross-industry initiative to create “nutrition labels” for audience data.

After that, the data flow is relatively simple. Cohorts, which draw on anonymized first-party signals from multiple publishers, are relayed to downstream providers within OpenRTB through existing Prebid header bidding integrations. Buyers can then buy against those labels through their DSP, as long as it supports the spec.

“The taxonomy is intended to replace a lot of the digital exhaust within a bid request,” Dick said.

(A side note: There’s also a context component to seller-defined audiences. SDA allows publishers to transmit contextual data labels pegged to their own proprietary content taxonomies. That part of the spec hasn’t been finalized yet, but it’s something the IAB Tech Lab says it’s exploring.)

Although some publishers are enthusiastic about the concept behind SDA, others are unconvinced.

Stephanie Layser, News Corp’s VP of data, identity and ad tech products and platforms, is all for SDAs. “That, to me, is a defensible solution in the long term versus some things that rely on an IP address or email address,” Layser said from the stage at the IAB’s Annual Leadership Meeting earlier in February.

But Jana Meron, SVP of programmatic and data strategy at Insider, provided the counterpoint: “I don’t think any IDs belong on the open web,” she said. “The ID belongs where you have to log in.”

Dick said he understands that point of view.

“We wouldn’t want to suggest that this is in any way an exclusive form of monetization for any publisher – let me stress that as much as I can,” he said. “But for those who are comfortable competing on the underlying quality of their first-party audiences, this is a valuable approach to complement other approaches.”

IAB Tech Lab still needs to figure out the measurement piece, though. Dick acknowledged that measurement across contexts “is going to be one of the trickiest challenges for our industry to solve.”

For its part, seller-defined audiences “doesn’t pretend to solve any measurement challenges,” he said, although there is opportunity to use SDA metadata to understand audiences and segmentation criteria across contexts and do audience deduplication.

“Right now, a lot of the most promising work around cross-context measurement is happening related to privacy-enhancing technologies,” Dick said. “These conversations will continue to happen within the IAB Tech Lab and the PET working group that just recently launched.”

As with any technical spec to come out of the IAB Tech Lab, the main hurdle is adoption. But there has been some early appetite.

In August, even before the spec was finalized, Sovrn signed on as the first SSP to support seller-defined audiences in Prebid.