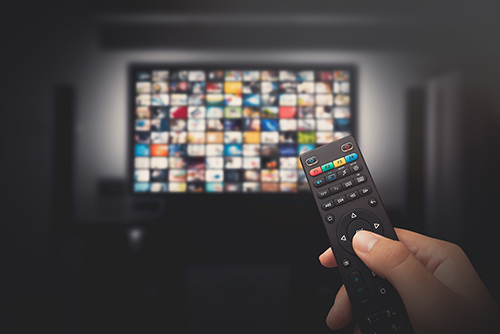 Nielsen’s potential loss of its accreditation by the Media Rating Council as early as this week could fuel greater adoption of alternative measurement currencies that use advanced data and analytics rather than the traditional panel-based surveys the measurement giant is known for.

Nielsen has long been accused of undercounting TV viewership. Recently, networks have expressed concern that the company’s decision to stop sending field agents to Nielsen homes during the pandemic tainted the numbers. The MRC launched a review and found that Nielsen undercounted viewers ages 18 to 49 by 2% to 6% during February.

Last week, Nielsen asked the MRC – which accredits audience measurement services used by buyers and sellers ­– to put its accreditation on hiatus in order to address issues with its panels and focus on the development of Nielsen ONE, its media measurement currency across linear, CTV, mobile and desktop, which is expected to launch beginning in Q4 2022.

But the MRC’s TV Committee rejected the request for a temporary pause and voted to revoke Nielsen’s accreditation last Thursday, Adweek reported. The MRC’s board of directors was expected to announce a final decision Wednesday or Thursday, according to one person AdExchanger spoke to.

Keeping up with the times?

Nielsen is the dominant currency networks transact on, and its ratings are often used to set upfront and scatter market pricing. The Video Advertising Bureau – a TV industry trade group that last month called on the MRC to suspend Nielsen’s accreditation – claimed the underreporting cost TV networks anywhere from $468 million to $2.8 billion in national TV ad revenue over 12 months.

VAB President and CEO Sean Cunningham said the challenge to Nielsen’s accreditation sends an industry-wide message that emerging providers of audience measurement and currency will need to lay their cards on the table.

Networks would still continue to use Nielsen’s measurement services without the MRC’s stamp of approval, but a lack of accreditation would further erode confidence in a company that has long been synonymous with traditional TV measurement, according to several people AdExchanger spoke to.

“Nielsen's undercount has damaged trust for buyers and significantly elevated the need for industry-wide transparency and change,” said Jo Kinsella, president of ad measurement company TVSquared. “Buyers are now acutely aware of the drawbacks of relying on a sole entity as the single source of truth.”

A call for alternatives

Buyers and sellers are clamoring ever more loudly for an alternative to legacy TV currency. As viewers consume content across multiple devices, it requires solutions to measure how often people view ads across linear, streaming and digital in order to gain a unified view into how ad spend performs.

“This does open up greater acceptance of new forms of measurement,” said Jane Clarke, CEO and managing director of CIMM, a coalition for media measurement, adding that Nielsen has been slow to innovate. “I think the networks are losing confidence that they want to wait another year for Nielsen to even launch the first phase [of Nielsen ONE] and many of these tools. And on top of it, now the basic panel that they're building everything on is flawed. Meanwhile, there's other companies out there that are making more progress faster.”

That would include companies such as VideoAmp, Comscore, iSpot, 605, and TVSquared, she added. These players use census, smart TV, set-top box, ACR, first-party data and panel sources other than Nielsen to build cross-screen measurement capabilities as alternatives to legacy TV currency.

VideoAmp President Michael Parkes said that Nielsen hasn’t kept up with the times.

“People don’t consume advertising and content the same way they did five years ago, let alone 50 years ago,” Parkes said. “The entire marketplace has been feeling it, but COVID certainly accelerated the need to find a more sophisticated solution for media measurement.”

Nielsen pushed back against claims that it has not been innovating. Chief Data and Research Officer Mainak Mazumdar said that the hiatus would allow it to advance its own unified measurement solution, strengthen its streaming offerings and improve its panels and “demographic representation.”

“This hiatus allows everybody to step back and find the best way to evolve measurement in a manner that will benefit the entire industry as tech and audiences evolve – we all need the best estimates of true audience behaviors,” Mazumdar said in a statement. “So, really, we agree with the VAB on one thing – the need for change!”

Mazumdar added that publishers disregarded panelist safety during COVID and that while Nielsen welcomes MRC oversight during the audit, “we look forward to an accreditation process driven by actual data science, not members voting in their self-interest.”

One agency exec who declined to be identified estimated that 80% of Nielsen’s revenue comes from the sell-side.

“The reality is that the money controls decisioning and the networks have the money – and they fund Nielsen,” the exec said. “What’s really upset the sell-side – which is the VAB – is that the ratings have gone down dramatically.”

Still, the exec said networks waited until after the upfronts to blast Nielsen because low ratings allowed for record double-digit price increases to compensate for decreased viewership.

“You waited as a seller to call this out after you used the ratings to negotiate massive rate increases,” the exec added.

Nielsen potentially losing its MRC stamp of approval could push networks and holding companies to make guaranteed deals based on their work with other cross-platform measurement providers who lack MRC accreditation.

“The networks have been kind of toying with a lot of the new alternative forms of measurement and they've been using them for attribution or planning, but they hadn’t really gotten to the point of guaranteeing any buys based on currency other than Nielsen – maybe a few,” Clarke said. “Now, there’s more openness to doing that. The networks are, in varying ways, working with different vendors to put together solutions for their clients and incorporate different data sets.”

Cunningham said that in the recent upfronts, networks used data sets from emerging measurement providers as secondary guarantees in addition to Nielsen, a trend that he said will continue to accelerate.

“With the removal of accreditation, what we have is a more level playing field in terms of the consideration for what's going to be the starting point for negotiations and what the databases should be to establish currency,” he said.

Clarke pointed to tech presentations made by Disney and NBCUniversal ahead of this year’s upfronts, which included big pronouncements around measurement solutions. NBCU, for example, announced it was bringing on VideoAmp and Snowflake as additional partners.

NBCU rolled out its One Platform last year to let advertisers buy, measure and optimize their campaigns across NBCU’s linear and digital assets. In 2018, it also launched CFlight, a cross-platform, unified ad currency metric.

In addition to Nielsen, NBCU is also working with Comscore, iSpot and Data Plus Math – all focused on measurement and addressable solutions in streaming.

“We are very confident and clear in our path toward measurement independence,” NBCU spokesman Joe Benarroch told AdExchanger. “There’s no way that we would have been able to confidently roll out the One Platform trading model and have more than 90% adoption in this last upfront if we weren't working with other measurement properties outside of Nielsen, considering they don't have cross-media metrics.”

Bharad Ramesh, executive director of research and investment analytics at GroupM, said that over the next several years, most TV transactions will move away from demo-based buys.

“A significant portion of TV as we know it will be transacted the way digital is today – it will be addressable and data informed,” he said. “We are already preparing for an era where ratings are not the currency by which clients buy and sell media – and we feel that the ecosystem will continue to evolve rapidly to enable us to do so.”