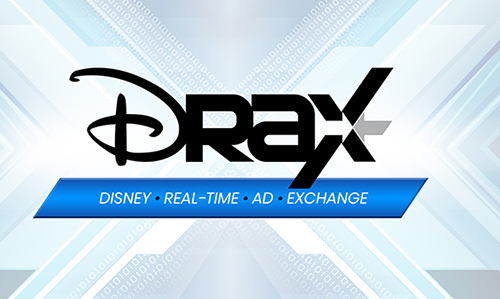 Disney laid out an aggressive plan to unify all of its screens, automate more than half of its business and make the majority of its inventory – both linear and digital – addressable within five years. As part of that plan, it created a programmatic exchange, DRAX, which will allow programmatic buyers to compete for all Disney ad impressions.

Reaching viewers across different screens and buying across the entire ecosystem has become a “business imperative,” and this year’s upfronts will require more fluidity and flexibility, said Lisa Valentino, Disney Ad Sales EVP of client solutions and addressable enablement. “Automation and data…is really the underpinning of the Disney Platform,” Valentino said. “That is a new way of clients doing business with us.”

To meet these new buyer needs, Disney is in “unification mode.” The company is trying to make its inventory easier to buy across linear, CTV and digital video, whether it’s ESPN or Hulu. Buyers will also be able to use Disney’s audience graph to identify viewers, adding to Disney’s value prop in a cookieless world.

Disney is courting two sets of advertisers with its platform approach. Linear TV buyers will be able to buy across new formats more easily and with greater granularity, while programmatic buyers will finally be able to see and bid on all of Disney’s inventory.

Building its own ad tech is a key part of Disney’s strategy. A video ad server “pressure-tested” at Hulu will be extended across the rest of Disney’s video inventory. The muscle behind its tech is a 500-person engineering and product team led by Jeremy Helfand, previously Hulu’s VP and head of advertising platforms. The team already built the video ad server and the video header bidding solution that allows programmatic buyers to compete for every Disney ad impression.

The team came about last year, when Disney merged all of its Hulu and Disney ad tech talent and products into a single, centralized team. All in, Disney said it’s making a “nine-figure” investment in its ad platform.

Disney Hulu XP– what execs described as the first step to convergence at Disney – is an early proof point of Disney’s platform strategy. It launched last month to enable advertisers to buy once and deliver to audiences across streaming, sports, entertainment and news content in one single deal. Adoption of Disney Hulu XP quadrupled in the first 30 days of its launch.

On the programmatic front, over the past year, Disney Advertising Sales has seen 1,000 net new clients that are buying across the Disney platform via programmatic channels. They purchased over half a billion impressions programmatically in the past quarter.

Disney isn’t solely building its own tech, but also taking a partnership approach. Disney has expanded its relationship with Magnite for another 18 months to now encompass all of its different video brands. A single storefront will cover both Hulu and Disney.

But what about Disney’s much-heralded partnership with Google? Two years ago, it was announced that Disney would implement Google’s ad platform across its brands, including Disney, ABC, ESPN, Marvel, Pixar and Star Wars to power its display and video business.

Disney emphasized that it had always intended to work with a number of vendors to expand its offering.

Disney is also partnering with the Trade Desk. Buyers will be able to see Disney inventory more clearly, enabling better forecasting and an ability to take advantage of big upswings in traffic around cultural moments. “We’re democratizing the client pool,” and allowing clients to better plan for access to Disney, Valentino said.

Disney Real-Time Ad Exchange, or DRAX, is Disney’s video header bidding solution. Instead of a waterfall, Disney is allowing biddable deals to compete alongside direct-sold and programmatic-guaranteed sales.

DRAX gives DPSs and SSPs a better line of sight into what the true opportunity across Disney looks like, Barnes said, allowing for holistic planning. DRAX will also improve programmatic scale for buyers and help them capitalize on spikes in traffic.

Disney is putting its Audience Graph and its first-party data and advanced modeling capabilities under one umbrella: Disney Select.

Disney Select is a curation of more than 1,000 segments that clients can buy in a programmatic environment or direct environment. DTC brands in particular have been early adopters to Disney’s data offerings.

Hulu Ad Manager launched last summer to give small- and medium-sized businesses the ability to reach streaming TV viewers. The automated ad buying platform is described as a gateway to the Disney Platform for SMBs and combines the tools of digital with the impact of TV. To date, more than 700 SMBs have used the platform and executed more than 1,600 campaigns.

Linear buyers will also see changes that infuse more data, targeting and measurement into their buys. In 2022, following the final consolidation of its linear ad buying platform, Disney plans to unify all addressable ad serving onto a single platform. The move will pave the way for cross-platform reach and frequency management for both direct insertion orders and programmatic buying.