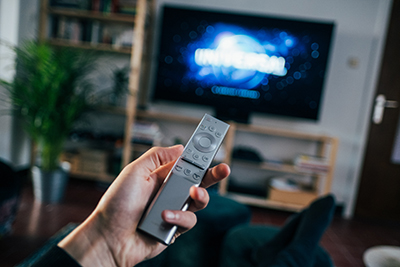 NBCUniversal’s new data and technology offerings includes the ability to buy programmatically on Peacock for the first time and an NBCU identifier that brings together first-party data across its entertainment brands — including its parks and resorts businesses.

At its ONE21 event on Monday, NBCU mapped out its plan to bolster One Platform — launched last year to let advertisers buy, measure and optimize their campaigns across NBCU’s linear and digital assets — that includes investments in advanced advertising technology, data and identity and commerce.

ONE21 was meant as a showcase of NBCU’s technology, Ryan McConville, NBCU’s executive vice president of advertising platforms and operations, told AdExchanger before the event.

NBCU is centralizing its first-party data as NBCU becomes more of a DTC business, McConville added. That includes the development of a unified data platform called NBCU ID that combines first-party audiences from its entertainment brands, OTT, mobile and desktop, Peacock and even Universal Parks & Resorts. The goal is to create a complete profile of consumers under a single, deterministic ID.

NBCU already has tons of first-party data and logins, McConville said. Peacock, for example, has more than 35 million direct logins to the platform since it launched last year. But NBCU hasn’t brought that data together, and over the next few years, it plans on tying different IDs together – “so that we know the person that’s watching Peacock is the same person that bought tickets to a theme park.”

Advertisers can bring their own first-party assets

NBCU will also launch its Audience Insights Hub later this year, a proprietary data clean room so marketers can bring their own data to One Platform and find audiences across NBCU’s channels and properties.

This cloud-based hub will house first-party audience and ad data. Advertisers and ad buying partners can use it to power audience forecasting, reach and frequency measurement, and the ability to measure performance across platforms.

“After a campaign is over, we can bring audience exposure data back into the clean room, partners can run an overlap analysis and measure and compare raw conversion data to exposure data,” McConville said. “The idea is that you’ll be able to do these overlaps and be able to send that information to an activation end point.”

McConville believes these integrations will be done by ad servers and even DSPs. Cloud computing platform Snowflake will create the initial clean room framework while VideoAmp will be the first measurement partner to integrate.

NBCU heavies up on tech partners

So NBCU’s strategy with its tech stack is to partner — and other vendors include  ad tech companies like The Trade Desk and FreeWheel (both NBCU and FreeWheel are owned by Comcast).

“We’re not doing this alone, we’re not building a walled garden — we’re building it in partnership with developers and we’re making it interoperable,” McConville said.

For instance, The Trade Desk, will enable more programmatic capabilities, such as access to live streaming inventory across major sporting events and global inventory from CNBC International.

Programmatic inventory will also be available on Peacock for the first time this year, though McConville said that NBCU works with all the major DSPs. Most of NBCU’s video inventory, he added, is almost exclusively sold through its sister company FreeWheel.

“The benefits of anyone working with FreeWheel is that it’s really a way to work with NBCU,” McConville said.  “There’s no access to Peacock or many of our other properties through other SSPs. FreeWheel is the primary gateway in. But they’re connected with all the top DSPs.”

McConville emphasized the importance of operating with the rest of the digital ecosystem.

“The One Platform is not a new thing you need to log into, it is a technology stack that you can bring your own tools to. If you have a DSP, you can plug in. For our agency partners that have made these big data acquisitions, we want to be interoperable.”

The Trade Desk also said Monday it will enable interactive commerce on all NBCU streaming inventory via One Platform Commerce’s Engagement Ads tool.

“Just as product ads in linear TV urged you to go to the store, product ads in CTV can encourage a buyer to interact with the product right on the screen and buy it with one click,” said Trade Desk CEO Jeff Green.

NBCU is also expanding One Platform Commerce to Instagram and Facebook apps, part of a larger ecommerce strategy that began last year with the launch of its checkout experience, so consumers don’t have to click to another site to buy.

“When you have media that uses data to personalize the experience, you can get really close to offering users shoppable ideas that they want to engage with,” McConville said. “With the way that we’re using data and streaming, what you’re starting to see at NBCU is the recipe to pull something like this off.”

NBCU stats, and competition with Disney

NBCU reaches 230 million people in the United States each month across 20 brands, two broadcast networks, numerous cable companies and Peacock, the streaming service it launched nearly a year ago. That includes linear TV, CTV, mobile and desktop, all MVPD providers, all OTT distributors like Roku and Apple TV, while also being streamed into Hulu and YouTube TV, with feeds into Twitter and Apple News as well.

Outside of NBCU’s linear footprint, there are a total of 300 unique digital access points where a user can find and consumer NBCU content.

“That is a lot of scale but it’s also incredibly complex for people to media plan and buy,” McConville said. “The concept of the One Platform was to make buying that audience across that vast ocean of endpoints easier and simpler.”

NBCU’s presentation came a month after Disney held its first-ever Platform Tech Showcase, where Disney announced plans to automate more than half of its business within five years.

“With ONE21, we’re trying to put the technology side of our company more at the forefront for folks that may not have thought of us that way,” McConville said.