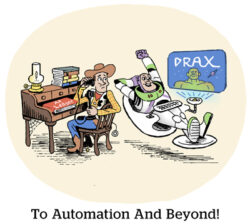 A picture – or a comic in this case – is worth a thousand words.

But each of our most popular comics of 2021 illustrated a key development in the world of advertising and media this year, from the end of last-click attribution and the growth of CTV to mega media mergers and the birds in Google’s Privacy Sandbox.

Here are the stories behind our top comics of the past year.

To Automation And Beyond! (March)

As fans of Disney’s “Toy Story” movies know, you can’t stop change. The healthiest thing to do is embrace it.

DRAX follows that “Toy Story” lesson. The video header bidding solution that allows biddable deals to compete alongside direct sold and programmatic guaranteed sales for all Disney ad impressions. DRAX, which stands for Disney Real-Time Ad Exchange, is the cornerstone of Disney’s aggressive vision to unify all of its screens, automate more than half of its business and make the majority of its inventory – both linear and digital – addressable within five years.

Go deeper: Inside Disney’s Plan To Automate Half Its Ad Business Within Five Years 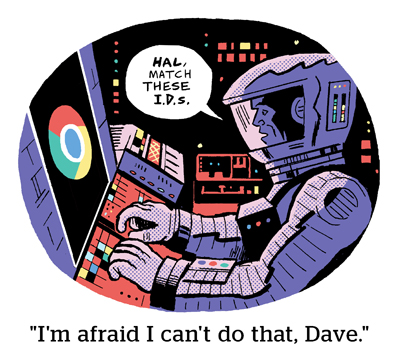 Google pledged not to use alternative methods to track users online once it finally ends support for third-party cookies in Chrome – oh, and it mentioned in the same breath that it disapproves of using email as an alternative identifier for ad tracking. Although Google didn’t mention Unified ID 2.0 by name, it didn’t have to. The industry … freaked out a little bit.

You do you, but Google does Google. As Hal 9000 said to Dave in 2001: A Space Odyssey: “I can see you’re really upset about this. I honestly think you ought to sit down calmly, take a stress pill and think things over.”

Go deeper: Is The Writing On The Wall For Email-Based IDs? (Yes, No And Maybe)

March Of The IPOs (April) 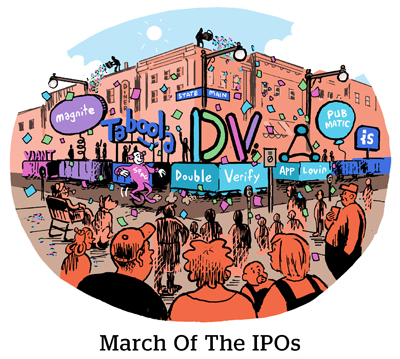 parade of companies hit the public markets riding a wave of enthusiasm and froth. Which ad tech companies didn’t go public this year?

This year, we saw IPOs or plans for one from (deep breath): Viant, DoubleVerify, AppLovin, Zeta Global, Taboola, Outbrain, AcuityAds, Integral Ad Science, ironSource, Basis (née Centro), Braze and Innovid – are we missing any? The question now is whether ad tech can maintain its swagger into 2022.

Go deeper: Ad Tech Valuations Are Sky High – But Are They Justified?

Speaking of the public markets, you’d be hard pressed to find the CEO of an ad tech company that isn’t touting the rapid growth of connected TV. Leaders are ebullient about the 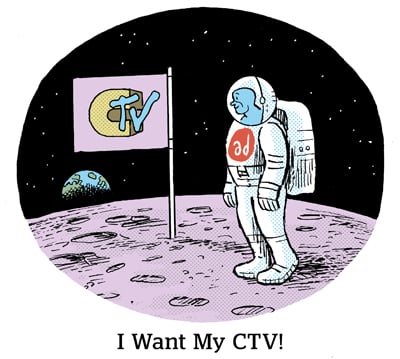 opportunity. But while it’s true that CTV consumption skyrocketed and then some during the pandemic, ad tech companies don’t automatically get a slice of the CTV advertising pie.

The pool of programmatic CTV inventory is small. Most of it is still sold in upfronts or other direct deals. Identity could prove challenging. When companies talk about CTV being cookieless and therefore impervious to the end of third-party cookies, what they really mean is that they can use an IP address to target ads – and IP addresses, as we’re about to find out, are far from a panacea.

“The power of data-driven attribution compels you!” (October)

Last-click attribution held on like a barnacle, but it’s finally 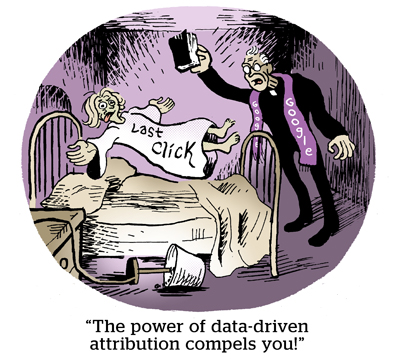 starting to lose its grip. Google said this year that it will no longer use last-click attribution as the default conversion model in Google Ads, its buy-side ad network.

Going forward, the default attribution method for any conversion touch point, whether that’s an app install campaign or a display ad landing page, will be calculated using what Google refers to as data-driven attribution. This entails using a live data model whereby an algorithm assigns credit differently for each brand and campaign.

The Ozy Media scandal is a flameout for the ages, complete with wildly inflated audience numbers and an FBI probe over the alleged impersonation of a YouTube executive on a 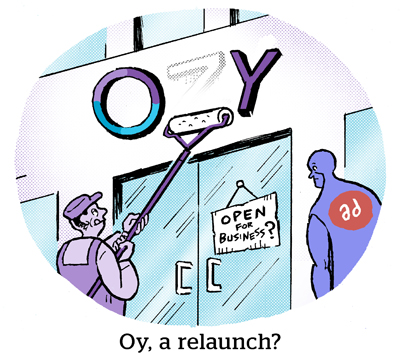 due diligence call with Goldman Sachs.

But securities fraud isn’t the only fraud Ozy has been accused of. Marketers willfully turned a blind eye as Ozy bought large amounts of cheap, junky traffic to boost visitors for sponsored content paid for by some of the world’s top brands, including JPMorgan Chase, Visa, KFC and Amazon.

Although it’s hard to imagine who would trust disgraced Ozy CEO Carlos Watson after this debacle, he declared plans to resume operations rather than shut down his empire built on quicksand.

Go deeper: Ozy Media’s Downfall Is An Object Lesson In The Ubiquity Of Fake Traffic – And Marketers Finally Need To Learn

A big 👏  to Nate Neal, the amazing cartoonist who brings our comics to life each week!