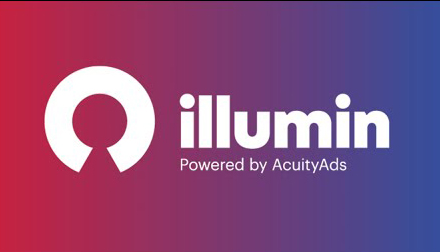 Add another ad tech IPO to the growing list of companies that have gone public in recent months.

Toronto-based demand-side platform AcuityAds on Monday said it closed out its initial public offering in the United States as well as a public offering in Canada with $57.5 million. On June 10, trading began on the Nasdaq at $11.10 per share and closed at $10.21 – higher than the expected $10.15 offering price (on Wednesday, trading closed at $9.59 per share).

This puts the company’s valuation at $600 million.

Despite the surge in IPOs, AcuityAds CEO and co-founder Tal Hayek said that he doesn’t foresee a bubble, citing figures that the ad industry will top a trillion dollars by 2027, largely fueled by programmatic.

“We don’t see this slowing down,” Hayek said.

Flush with $57.5 million in funding, AcuityAds will focus on driving the company’s US expansion – particularly as it looks to capture a larger share of ad dollars flowing to connected TV, according to Hayek. The company is also transitioning to self-service, via its platform Illumin that launched last year.

This nascent self-serve offering, Illumin grew 100% sequentially to $3.2 million in revenue during the first quarter of 2021, a fraction of the company’s $27.5 million in revenue. Its Q1 revenue includes $13 million in media costs for the $22.2 million it pulled in via its managed services business.

The digital ad platform had already gone public back in 2019 – just in Canada, on the Toronto Stock Exchange (TSX). Entering the US via IPO allowed AcuityAds to raise additional capital from Canadian investors through the sale of newly-issued shares.

Ad tech IPOs are experiencing a resurgence, particularly with the rise of CTV. AcuityAds joins a list of companies that have gone public in recent months, including AppLovin, DoubleVerify, Pubmatic, Viant and Zeta Global.

AcuityAds is also bullish about its automated self-service product Illumin, which has a single-user interface and reduces the friction between advertising planning and execution.

Hayek said 31 customers are currently using the platform, 15 of which are “top tier” clients. He declined to disclose AcuityAds’ total number of clients, though customers include Mercedes-Benz, Home Depot and Weight Watchers.

“There is a huge disconnect between the way marketers plan and the way that programmatic gets executed,” he said, adding that the real-time platform is focused on the customer journey rather than “black box” buying. “We recognized this void in the market.”

With third-party cookies going away next year, the future of audience-based buying is in flux. Hayek said the company built an “identifier agnostic” platform and plans to work with the industry “to come up with the best solution, such as a universal identifier.”

“Almost every campaign on Illumin has CTV on it,” Hayek said.

In an SEC filing, AcuityAds cited its $10 million acquisition of video tech company Visible Measures in 2017 as a deal that gives it a competitive edge over other companies seeking to integrate their solutions with a CTV offering.

Besides Visible Tech, AcuityAds purchased both ADman Media, a supply-side platform for Spanish-speaking markets in Europe and Latin America and Magnetic Media, a US-based artificial intelligence ad tech company, in 2018.

The company is eyeing other potential M&A deals as part of its growth strategy and “big roadmap” for Illumin.

“In the future, we want to add more things to it, so there’s no reason why email marketing or marketing automation or influencer marketing and social marketing cannot be part of Illumin,” Hayek said. “There’s also a very good case for consolidation, bringing other DSPs into our technology.”