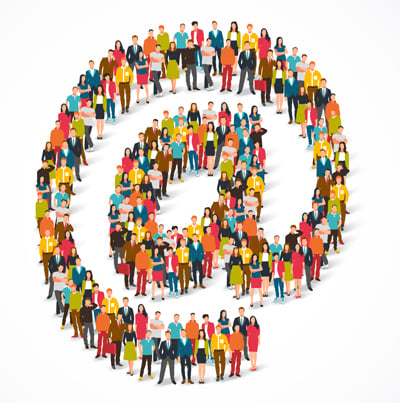 Google isn’t a fan of using email-based identifiers as a replacement for third-party cookies.

“We don’t believe these solutions will meet rising consumer expectations for privacy, nor will they stand up to rapidly evolving regulatory restrictions, and therefore aren’t a sustainable long-term investment,” Google’s director of product management for ads privacy and trust, David Temkin, wrote in a blog post on Wednesday. The post also included Google’s pledge not to use or create its own alternate identifiers for web tracking when third-party cookies go away.

But it appears that there’s some wiggle room.

According to Travis Clinger, LiveRamp’s SVP of addressability and ecosystem, although Google won’t support IdentityLink and publisher IDs created through Authenticated Traffic Solution for open marketplace buys, DV360 will continue to recognize these IDs for private marketplace deals across Index Exchange, Magnite, OpenX, PubMatic and other SSPs.

“That tells me Google is essentially bifurcating its decision, because marketers can still buy people-based inventory on DV360 using LiveRamp,” said Bob Perkins, COO of identity verification company BritePool. “Regulators might change, consumer sentiment might change – but it seems like Google is going to continue on until that happens.”

The water is a bit muddy. And so we asked the experts: Are Google’s recent statements about email-based IDs a net positive, negative or neutral for email-based online identity going forward? Opinions were … varied.

This is not the proclaimed death of unified logins or first-party IDs. It is, of course, a blow that the largest platform will not be supporting these IDs, because if it did that would have fueled faster adoption.

But with the vast majority of publishers running header bidding and operating multiple SSPs or direct DSP/PMP integrations, it doesn’t really change much. Already today a large proportion of publishers deploy both first-party login and first-party cookie solutions – Xandr, for example, just announced its support – and this is regardless of Google’s lack of support.

The result is that Google becomes less competitive against some SSPs, DSPs and header bidding, and this in turn will actually strengthen some of the companies supporting these IDs.

Google doubling down on the Privacy Sandbox for AdX and DV360 is not surprising. We’ve never believed the success of UID 2.0, LiveRamp’s ATS or any email-based identifiers would hinge on Google’s support.

Instead, our main takeaway is positive: Google publicly and unequivocally says that first-party data is the future. This is good news for UID 2.0 and ATS, which are key in driving scale and performance to advertisers in the open marketplace, as well as for Grow.me, Mediavine’s first-party data solution.

There are strong arguments for all three points of view so I would net out to neutral. The biggest unknown is whether email-based identity schemes like UID 2.0 will significantly outperform Privacy Sandbox cohort solutions like FLoC in the eyes of advertisers and publishers.

This turns on several factors: the degree of uptake and opt-in for email-based identity schemes by businesses and consumers, the reaction of regulators who may have conflicting objections, the effectiveness of federated learning algorithms and the degree to which both approaches can coexist in the toolkits and media plans of marketers.

Since no one really knows the answers to these questions, marketers should remain open to multiple scenarios and be ready to experiment with a variety of targeting and measurement approaches.

It’s a net neutral. This further walls off Google from the rest of the ecosystem, but both Google and the open internet can thrive despite – and because of – Google’s recent announcements. Publishers will continue to need to take more control of their user base and how to monetize it, and advertisers will again need to work closely with publishers. What’s old is new again!

While Google’s dismissal appears negative, independent solutions could still play a role. Also, how – and why – would Google prevent the use of consumer consent if given freely? When looked at from this perspective, Google’s announcement is neutral.

Unified ID 2.0, which is based on email identifiers, was intended to be the market standard initiative to tie advertiser and publisher first-party data together. If Google doesn’t participate, how will it deliver this use case if not via its own private user ID within Google’s own “data Garden?” First-party data management still requires a user’s informed consent. If not via UID 2.0, we would expect the Privacy Sandbox and the World Wide Web Consortium to fully address this topic and help define standards for first-party data management accountability.

Google is going to use email addresses for its own first-party data. That’s not off the table at all. And the idea that they would start blocking others from using emails through their browser would not sit well with regulators either.

Then we have the other walled gardens, like Spotify, LinkedIn, Pandora, Publishers Clearing House, all of which have logged-in relationships with their users. Would Google ever try to block that through DV360 or the browser? It wouldn’t be good from an optics point of view.

Then again, look at what Apple is doing with the IDFA. Not only is consent required, but you have to get consent through Apple’s framework. So, there is a little precedent for blocking if Google chooses to do so.

In the long-term, the Google news will have a negative impact on identifiers that are email dependent. The browsers have made it abundantly clear that email does not pass the privacy-sniff-test.  We’ve consciously made the decision not to place all our eggs in the programmatic ID basket with Fabrick. We project that identified programmatic media like this, once cookies are gone, will only represent 3% to 5% of total media spend, so a small portion of total brand media budgets.