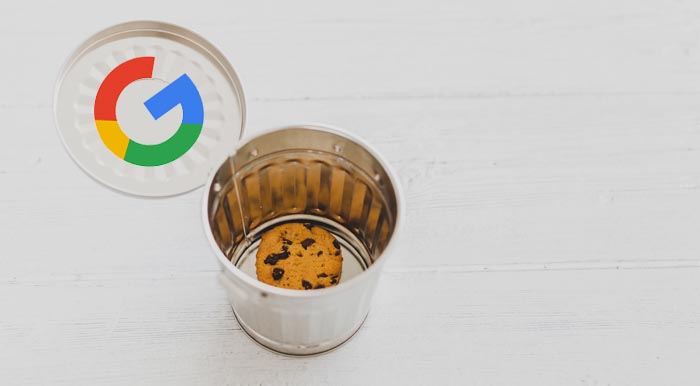 On Wednesday, Google dropped either a bombshell or a nothingburger (depends who you ask) with its announcement via blog post that it will stop selling ads based on cross-site browsing and third-party cookies.

The bigger news, arguably, is that Google will explicitly not support and perhaps even take steps to hinder industry identity initiatives, such as Unified ID 2.0, initiated by The Trade Desk.

But on the cookie front, people in the advertising industry were a little surprised by the intense reaction to Google’s news, considering that it’s already been more than a year since Google pledged to kill third-party cookie tracking in Chrome by 2022. And because the bell had been tolling for third-party cookies long before then.

“The idea that cookies need to be deprecated is quite an old idea, like a decade old,” said Jonathan Nelson, CEO of Omnicom Digital. “We were talking about this when I was on the board of Aggregate Knowledge, and cookies going away was one of the reasons we sold to Neustar when we did – which was nine years ago.”

What Google is NOT saying

The answer comes from reading between the lines of what Google has said it will do and what Google doesn’t mention.

Google is saying that it will not build alternate identifiers to track individuals on Chrome and also won’t use them in its products, by which one can assume Google is talking about its third-party ad products, including DV360, Google Ads and Campaign Manager.

What Google is not saying, or at least makes no mention of, is anything to do with app tracking on Android, tracking on YouTube or tracking on any of its other owned-and-operated properties or services, including Search, Maps and Gmail. (YouTube and search ads are massively lucrative for Google.)

Repudiating third-party signals in Chrome and within its web-based ad products is completely unrelated to Google’s ability to continue tracking users across its own services and properties, said Jürgen Galler, CEO and co-founder of Zurich-based cookieless DMP 1plusX.

“Google has a universal ID – the Google login – meaning it will still be able to identify users across all of its services,” Galler said.

And there is no reason to believe that Google’s assurance that it won’t replace third-party cookies marks a shift away from behavioral targeting on Google’s owned-and-operated properties, said Nii Ahene, chief strategy officer at performance marketing agency Tinuiti.

But how much better is a tactic like FLoC than third-party cookie tracking from a privacy perspective? That depends on a lot, including how large a cohort is and how many attributes are included.

And although FLoCs are aggregated, they essentially serve the same purpose as third-party cookies, which is to market to individuals based on their observed browsing behavior, said Ghostery President Jeremy Tillman.

“Google is scrambling to save face and appease growing user privacy expectations and, once again, is doing so by throwing new labels on old tactics,” he said. “We should assume that Google doesn’t ‘need’ cross-site web browsing signals to build profiles … they have so many other sources of data.”

And if Google is missing anything, it’s safe to assume that it’ll use some form of predictive analytics to fill in the blanks, Tillman said.

And so it’s hard not to be a cynic, said Alice Sylvester, a partner at measurement consulting firm Sequent Partners.

“I don’t necessarily trust them to be doing this for consumer benefits,” she said.