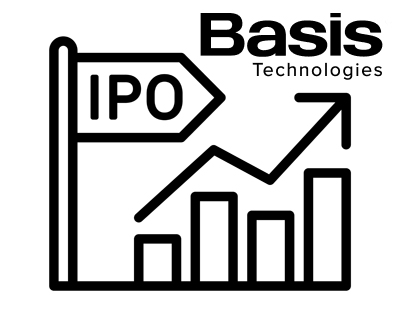 Basis Global Technologies – aka Centro – is angling to join the stampede of OG ad tech companies that hit the public market this year.

On Thursday, less than a week after changing its name to Basis from Centro, the Chicago-based company confidentially submitted what’s known as a draft registration statement S-1 with the Securities and Exchange Commission. Confidentially submitting an S-1 means competitors can’t pick apart a company’s balance sheet at the pre-IPO stage.

Basis, which offers cloud-based workflow automation and business intelligence software for marketing and advertising, was the name of Centro’s automated ad management platform before the rebrand.

Companies intending to go public can voluntarily and confidentially submit what’s known as a draft registration statement, or DRS, with the SEC in order to test the waters.

A DRS is often the first step toward an IPO for an emerging growth company, defined as an entity that pulled in less than $1 billion in total annual gross revenue during its most recent fiscal year. A confidential DRS filing is often preliminary to kicking off an IPO road show.

Some companies prefer to file confidentially because it gives them the flexibility to no longer proceed with an IPO without having gone public with revenue information, customer names and other data that’s required for public disclosure within a formal S-1.

The number of shares Basis plans to offer and the price range for the proposed offering have not yet been determined. The company noted in a press release that the IPO is expected to commence after the SEC completes its review process, subject to market and other conditions.

The public market, once a hostile place for ad tech companies, has recently become friendly territory.

In some ways, the market has even become too hot to handle.

The IPO runway was so crowded earlier this year that Teads chose to retract its bid to go public and wait for a quieter IPO calendar. (There were 27 other IPOs scheduled the same week Teads had been planning to IPO.)

Basis, née Centro, has around 850 employees across the US, Canada, Argentina and Mexico.

CEO Shawn Riegsecker, who founded the company two decades ago, said that Basis is profitable and brought in more than $150 million in revenue in 2020 during an interview with Crain’s Chicago Business in February.