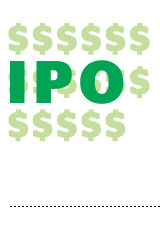 Add another ad tech IPO to the pile, folks. DoubleVerify filed its S-1 Wednesday (read it) in its bid to IPO.

What does DoubleVerify do?

The company, founded in 2008, has raised a total of $549.5 million – its most recent round of $350 million coming last October. Back in 2017, PE firm Providence Equity Partners acquired a majority stake in the company, with a valuation of around $300 million.

No exact customer numbers, but DoubleVerify says it has over 1,000 across major verticals like CPG, financial services, telco, tech, automotive and healthcare. Forty-five customers contributed to at least $1 million of the company’s revenue in 2020, compared to 41 in 2019 and 25 in 2018. No company represented more than 10% of DoubleVerify’s revenue, though, in 2020 or 2019.

Advertiser-driven revenue comes from DoubleVerify charging a fee per 1,000 impressions it analyzes.