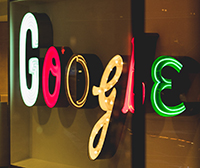 When we last checked in with Google for its quarterly earnings in Q3, it was printing money. And in Q4, it printed some more – because advertisers are coming back. Read the release.

Yup – the “broad-based” increases impacted all of Google advertising, but the earnings call provided a little more color than before. The general narrative is that after substantial advertiser pullback in the first half of 2020, brands reactivated spend in Q3 and Q4.

Which verticals contributed the most to ad spend growth?

In Q4, retail was the biggest contributor to Google’s YoY ads business growth, according to Chief Business Officer Philipp Schindler. “Tech, media, entertainment and CPG were also strong contributors,” he noted during the call.

Direct response advertising was a big contributor to the growth, both throughout the entire year as well as in Q4, Schindler said. As with the rest of Google advertising, YouTube suffered a “substantial pullback” in ad spend at the beginning of the year. In the second half, Schindler said, marketers decided they needed to dive back in to keep their brands in front of consumers.

YouTube’s direct response growth is significant because, as Schindler said, that business was “practically nonexistent three years ago. Now it’s one of our largest and fastest-growing” areas on YouTube.

Schindler noted that 60% of customers using TrueView for Action (a YouTube ad unit sold on a cost-per-action basis) are new to YouTube. He added that Google “more than doubled” the number of TrueView for Action advertisers in the first six months of 2020.

That’s a dream that appears yet to be realized, although Schindler said YouTube is seeing spend from brands complementing their TV buys. He reiterated the value proposition of YouTube (basically, its ability to reach people who don’t watch TV), but didn’t explicitly say that YouTube is siphoning spend from TV budgets yet.

The same factors are at play with network revenues, although Schindler singled out Google’s mobile ad net AdMob and its publisher tech Ad Manager as doing particularly well in Q4.

But is this accelerated ad spend sustainable as we head out of the 2020 holiday season?

Although an analyst asked the question, Porat simply reiterated that Google was pleased with the Q4 performance. So … no answer.

How’s Google doing with its offering to retailers?

Google saw tremendous growth in the number of merchants using its platform. Retail searches in Q4 2020 grew three times compared to Q4 2019 due to the pandemic. Google’s merchant community grew 80% over the year.

Any word on how the future of privacy will impact Google?

Schindler name checked the Chrome Privacy Sandbox, which is an open standards initiative to invent new technologies to replace third-party cookies with a set of “privacy-preserving mechanisms for the web.”

“We’re making great progress,” Schindler said, pointing specifically to the Federated Learning of Cohorts (FLoC) API, which he hopes will provide a “replacement signal” for third-party cookies. (The ad industry is less convinced of that.)

“We believe the Privacy Sandbox is the best path forward and we remain committed to our collaboration with the ads community on privacy-preserving open standard mechanisms,” he said.