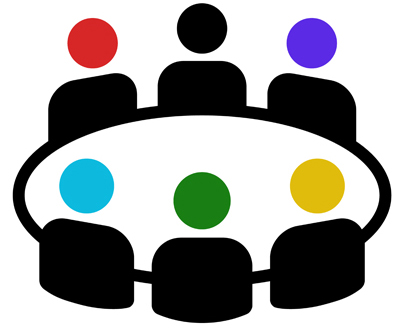 Teamwork makes the dream work at the IAB Tech Lab’s Project Rearc. But where are Google and Apple?

The purpose of Project Rearc, which the IAB first announced in February at its Annual Leadership Meeting, is to serve as a coalition to develop a set of agreed-upon principles that will eventually turn into tech standards companies will be able to use as the basis for developing privacy-preserving solutions that don’t rely on cookies or mobile ad IDs.

Phase One of that process, which was completed in mid-July, involved defining the scope of the problem. Now, the Tech Lab is accepting proposals for specs and talking through the submissions within its technical working groups.

The plan is to circulate draft standards by the middle of Q4 so that they’re available for companies to start putting them into practice and building solutions in the first quarter of next year.

But the elephants in the room aren’t sitting at the table: the big browser makers.

While the IAB Tech Lab and the ad industry toils away on Project Rearc, a set of parallel but somewhat different discussions are happening at the World Wide Web Consortium, where the browser makers dominate the conversation.

“The key question I have about what’s happening at the W3C is whether Google and Apple are going to fracture open standards or lean in and collaborate with each other,” said Jordan Mitchell, SVP of privacy, identity and data at the IAB Tech Lab. “We’re looking for the latter, of course, for the browser and OS platforms to come together and support open standards – although unfortunately we’re not seeing it yet.”

But there is some history of collaboration between the big tech platforms – Google and Facebook more so than Apple, to be fair – and the advertising industry. Google and Facebook both participate in multiple IAB Tech Lab working groups, and after what felt like multiple lifetimes, Google did publicly support and eventually integrate with IAB Europe’s Transparency and Consent Framework.

“I agree that these companies need to be involved,” Mitchell said. “But we do know that they’re paying close attention to these issues; for a lot of these large companies it just takes some time before they can show support for an open standard.”

The hope is that even companies that have been aloof toward the ad industry in the past, such as Apple, will work together to support consumer privacy and accountability in some capacity.

On Monday, for example, a group of ad trade organizations, including the Tech Lab and the newly-formed Partnership for Responsible Addressable Media, wrote a joint letter to Apple CEO Tim Cook requesting a meeting to talk over the industry’s concerns about the IDFA changes that will be introduced as part of iOS 14 in 2021. Apple recently agreed to delay enforcement of its AppTrackingTransparency framework, originally slated for mid-September, until early next year in order to give developers more time to prepare for the change.

But, by the same token, Apple hasn’t updated its documentation since the delay was announced, including its developer program license agreement, and there are a lot of questions that remain about how the IDFA permissions dialogue will function. For example, how will Apple’s opt-in framework operate under GDPR and with existing consent management platform integrations?

“There are so many ambiguities, but as long as ambiguities exist, therein lies the opportunity for all of us to try and work together on open standards,” Mitchell said. “As with all technology standards, we need a broad set of industry stakeholders involved, and everyone needs to understand the policy impacts and the business impacts.”