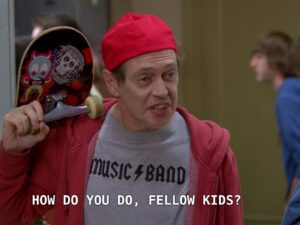 For the first time in all recorded history, people went bats over a “trusted technology partnership.” That’s because the partnership is between Oracle and TikTok owner ByteDance. And maybe that means Oracle will buy TikTok, now that Microsoft is well and truly out of the picture? Who knows. Treasury Secretary Steven Mnuchin indicated on CNBC that the partnership was part of the United States’ effort to make sure “Americans’ data is secure, that the phones are secure.” Because everyone knows TikTok is a source of rich American secrets, and Beijing is chortling at the prospect of knowing, finally, which amateur dance videos American teenagers watch. CNBC writes that the deal “could boost Oracle’s cloud business,” and that “it might make Oracle more visible to young consumers and give it control over a prominent advertising venue.” To which we respond that, yes a new client does typically boost business. Young consumers do not and will never care about Oracle. And Oracle has been trying to get out of the media business, not get deeper into it.

An alphabet soup of ad industry trade orgs, including the ANA, 4A’s, IAB, IAB Tech Lab, WFA and NAI and the newly formed PRAM (Partnership for Responsible Addressable Media) penned a joint letter to Tim Cook on Monday requesting an urgent meeting to discuss “widespread questions and concerns” about Apple’s upcoming privacy-related changes in iOS 14, MediaPost reports. The letter thanks Apple for delaying enforcement of its AppTrackingTransparency framework until next year but asks for more collaboration as the clock ticks down. Specifically, the trade orgs hope Apple will join PRAM, whose goal is to create global, industry-wide standards for addressable media while also taking privacy into account, “so we can work together to develop an effective universal solution that extends across the entire ecosystem, not just to Apple-owned products and platforms.” It’s hard to imagine Apple breaking bread with a bunch of advertising trade organizations, but then again, this is 2020.

The World According To GARM

Rest easy from here on out, citizens! Facebook is going to keep us safe from harmful content. Here’s how, according to a company update. First, Facebook completed an audit that now means it’s demonstrated a commitment to brand protection and reduced the risk of placing ads next to objectionable content. Facebook is also in the process of getting certified under TAG and its certification globally, instead of just in the United Kingdom. It’s also been working with the Global Alliance for Responsible Media (GARM) to help define 11 categories, including hate speech. Finally, Facebook has added more brand safety controls for in-stream video, including topic exclusion and publisher whitelisting. So now advertisers can blacklist coronavirus-related topics on Facebook too.