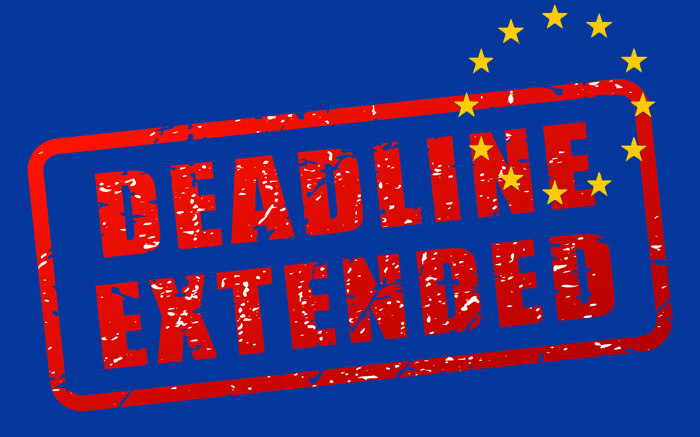 IAB Europe is extending technical support for V.1 of the Transparency and Consent Framework (TCF) to give publishers more time to adjust to the updated version in light of COVID-19.

The new deadline is Aug. 15. This is the second and final extension, and it doesn’t impact a company’s ability to implement the new version, which came out of beta on March 31.

The original plan was for IAB Europe to cut off support for V.1 in March to coincide with the beta launch. That deadline was extended until June 30.

IAB Europe’s TCF steering group voted on the August extension measure Wednesday after publishers expressed concern that COVID-19 was delaying their ability to switch to TCF 2.0 by the end of June.

But publishers aren’t the only ones getting a bit more breathing room.

In March, Google told AdExchanger that it “remains committed to the integration with IAB TCF 2.0,” and that it’s coordinating its integration with the timeline set out by IAB Europe for deprecating V.1.

The new version of the TCF incorporates feedback from publishers, including additional support for legitimate interest as a legal basis in addition to explicit consent. TCF 2.0 also includes more detailed data processing purposes, so that users have a better sense of what data is being processed about them and why.

[Click here for a more detailed rundown of the differences between TCF V.1 and TCF 2.0.]

Although the move from V1 to V2 is a heavy lift for the industry, it’s also necessary, IAB Europe CEO Townsend Feehan told AdExchanger in March.

“There is no backwards compatibility, so all of the consents have to be renewed, and it’s an immense, millions-of-euros engineering effort,” she said. “But V2 is a superior product from a regulatory point of view, and it’s in everyone’s interest in this climate of regulatory scrutiny to transition.”

More than 400 vendors have already registered to implement TCF 2.0. Thirty consent management platforms have been certified for the updated framework and are in the process of testing new user interfaces with their publisher partners.