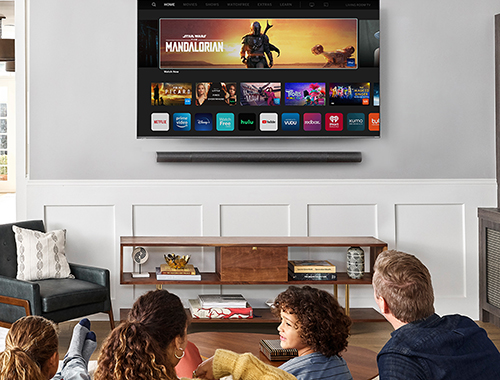 Vizio went public Thursday after filing an S-1 with the Securities and Exchange Commission earlier this month.

The television manufacturing industry is hypercompetitive, with little differentiation between the devices and perpetually low margins. So it’s no surprise that one of the key drivers of Vizio’s growth will be its fledgling advertising business.

After all, it’s a strategy that’s working for Roku, which has platform revenue that’s well above hardware sales and continues to grow.

Vizio still makes most of its revenue from sales of its smart TVs and sound bars – it sold 83 million televisions over the past 15 years and 7.1 million last year alone. But these days, Vizio is also looking to its Platform Plus and a growing advertising business to generate revenue.

Platform Plus includes the SmartCast TV operating system as well as Inscape, Vizio’s data and automatic content recognition (ACR) subsidiary that was combined with Vizio Ads and SmartCast as part of a reorganization last year.

Vizio sells ad inventory on its home screen and on its own streaming services, such as WatchFree — which is powered by PlutoTV, an integrated partner — and Vizio Free Channels (through which it sells 15, 30 and 60-second video ads), as well as through certain third-party AVOD services, such as Tubi.

Mike O’Donnell, chief revenue officer of Platform Plus, said Vizio’s largest source of ad inventory is through its owned-and-operated channels, but declined to compare it to third-party apps.

O’Donnell told AdExchanger that the company plans to continue to invest heavily in the unit and will expand the functionalities of Vizio’s smart TVs and SmartCast operating system, including the development of dynamic ad insertion (DAI), to generate revenue. (Roku is also investing heavily into scaled DAI).

“We’re going to continue to make investments in not only the monetization team and business side of Platform Plus but also the engineering side,” he said. “We’re sitting at the center of this massive shift on the consumer side into streaming, and we’ve seen streaming grow so much on our platform, that we’ve been able to add a ton of content partners both on the subscription side as well as continuing to push our free TV opportunities.”

But how exactly does Vizio intend to set itself apart from Roku, which has 51.2 million active accounts as of last year, an advertising business fueling its record growth and is the No. 1 smart TV operating system in the United States?

O’Donnell said that Vizio already has the infrastructure to support the continued growth of its ad business and has partnerships with all the major holding companies.

The company said that Inscape, which collects viewing behavior data on most content and advertisements, and Vizio’s DAI technology, which is in the early stages of adoption, also give it a competitive edge.

And, last year, Vizio launched Project OAR (Open, Accessible, Ready), an industry group that aims to establish standards to speed up the adoption of DAI and addressable advertising. OAR already has industry heavy-hitters as members, including NBCU, Disney, ViacomCBS, WarnerMedia, Fox and numerous others.

O’Donnell added that Vizio will prioritize hiring for ad sales, data and engineering to beef up the Platform Plus team, which now stands are more than 70 employees.

Still, he acknowledged that Vizio is playing catchup, with 2019 being the first year that all Vizio TVs were SmartCast-enabled.

“We’re just continuing to start to ramp up,” he said, noting that Vizio expects to keep on growing its 30-day active user base.

Roku may have the most mature advertising business among Vizio’s competitors – but it’s not Vizio’s only rival.

Vizio is facing an industry populated by AppleTV, Amazon, traditional cable providers as well as other smart TV makers, such as Sony, Samsung and LG.

Both Samsung and LG are also working to develop their own advertising businesses.