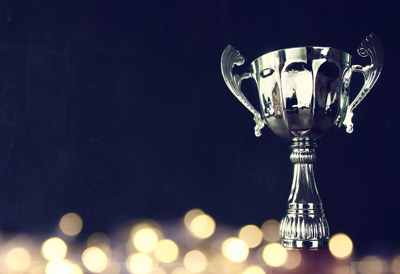 But there are a few new entrants on the scene. Beeswax, Centro, Mediaocean and Zeta Global made their first appearance on the quadrant.

And there were a few surprises after all. Amobee, for example, surged from “challenger” to “leader,” whereas Amazon is only a “challenger” – but watch this space, because Amazon is rising.

Singtel-owned Amobee moved from “challenger” last year to “leader” in the current quadrant in part because of its successful evolution from an OG mobile ad company into a platform committed to a converged vision of fully integrated TV, digital and social ad management.

While Adobe (a “leader,” as per Gartner) is getting out of the programmatic TV business, Amobee is embracing it. Amobee’s acquisitions of Turn in 2017 and Videology the following year were prescient and well timed, said Andrew Frank, VP of research and a distinguished analyst at Gartner.

“The savviness and timing of their acquisitions has been good,” he said, “as has the fact that Singtel has been fairly supportive of their efforts, both financially and culturally, and of their vision of taking on the hard problem of integrating traditional linear TV into their ad tech platform.”

Adform got points for its flexible identity solution and plans to invest more in identity capabilities, including updating its platform to rely on first-party data.

Although Amobee might be doing well under Singtel, other telco parents have been less supportive of the ad tech assets they either acquired outright or that came along as part of a larger deal.

The questionable and checkered success of Xandr, a “challenger,” and Verizon Media, a “niche player,” to break into ad tech begs the question of whether the telcos still have a chance of becoming relevant players in digital advertising – or if they even really want to.

“The problem is that the telco hierarchy tends to prioritize traditional telco values, like ARPU and churn – and there isn’t a terrific track record of media companies thriving under telco rule, with the possible exception of Comcast,” Frank said. “For the most part, it’s been a struggle, not only for the ad tech part, but also for the media part of these organizations.” 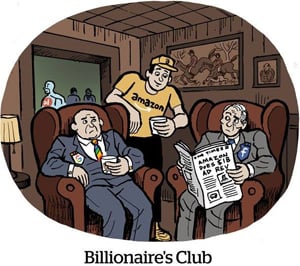 Why is Amazon only a challenger?

But there’s one not-so-sleepy giant with exclusive owned-and-operated media and, seemingly, the appetite to embrace ad tech – and that’s Amazon.

In Gartner’s first Magic Quadrant three years ago, Amazon was given “a notable mention.” Last year, it burst into the “challenger” category where it remains, for now at least.

“Amazon appears to have the means, motive and opportunity to be an ad tech leader,” Frank said. “It’s a question of where the task of integrating their various assets into a seamless platform for advertisers falls on their priority list of attractive investments.”

Back to brass tacks, though, support and usability are becoming more important as differentiators during the ad tech vendor selection process. That goes for the design of the user experience as much as for performance and the responsiveness of the support team.

There’s no point in-housing the use of a technology if the people who are meant to use it don’t know how or aren’t set up for success. But usability depends on how sophisticated the intended users are, Frank said.

Mediaocean, (a “visionary” making its first appearance on the Magic Quadrant), for example, has advanced role-based capabilities and a scope of support that extends beyond media planners and buyers to include features for CMOs, finance and procurement.

And then there are Criteo and Centro (both “challengers,” according to Gartner) and Zeta Global (a “niche player” making its quadrant debut), which are largely automated and easy to use. “You don’t need to be a PhD in media to operate them,” Frank said.

On the other hand, platforms such as Amobee (a “leader”), Xandr (a “challenger”) and Beeswax (a “visionary” also on the quadrant for the first time), are not for the casual user and require a more advanced skill set.

One area where marketers are increasingly looking to hone their skills is at the intersection of digital and television.

Although many and perhaps even the majority of brands still rely on their agencies for support in planning and buying TV, they’re also interested in consolidating their planning and using digital data to improve TV performance and accountability, Frank said. 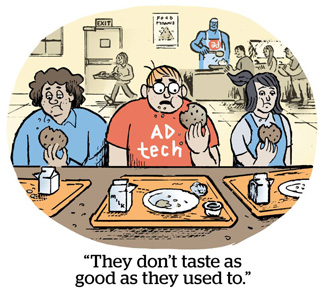 What to expect next

The future of digital advertising is very much in flux, given the uncertainty related to third-party cookies in Chrome, restrictions on Apple’s IDFA and new privacy legislation. Clients need to bear those factors in mind when working with any of these ad platforms.

For walled gardens such as Google, which placed in the “leader” category as it has since Gartner first started doing a Magic Quadrant for ad tech in 2018, the top question to ask is, how transparent is your measurement and are you audited by third parties?

For independent ad tech vendors without proprietary media interests, such as The Trade Desk and MediaMath, brands should push them on their ability to measure across channels and their plans for the cookieless future.

“You need to figure out your strategy for the post-cookie world if you’re going to do digital marketing in general and targeting and measurement in particular,” Frank said. “You need to align your plans with the various vendors and their vision.”

But developing that strategy is easier said than done, considering that many vendors are still figuring out what their cookieless vision even is, and the fact that some vendors are more dependent on what Frank calls “the current cookie establishment” than others.

“How involved are they in things like Project Rearc or activities at the W3C, for example?” he said. “There is a difference in how aggressively some of these companies are pursuing alternatives to cookies, which marketers have to consider during the evaluation process.”

Trouble ahead, trouble behind

But there’s an even bigger evaluation criteria that marketers need to keep in mind in a tricky economy: Does this vendor have the wherewithal to stay in business?

“I hate to say it, but viability has become a major consideration these days with so many companies for sale or struggling in one way or another,” Frank said.

There is “a significant risk that the landscape today will change, not just because of cookies and privacy, but because of the economy and the media landscape under pressure,” he said. “That puts a lot of pressure in turn on buyers to really take a hard look at how durable potential partners are economically.”