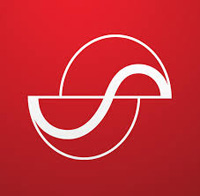 Managed service just isn’t worth it for Adobe anymore.

“These offerings are no longer core to our overall value proposition of delivering customer experience management, nor are they contributing to our subscription-based bookings and revenue,” Narayen told investors during the company’s Q2 earnings call on Thursday.

But what does that mean for Adobe’s DSP offering, the legacy TubeMogul tech?

Going forward, it’ll be self-serve SaaS all the way.

“It’s like they’re saying ‘Look, everyone, we’re a platform, not a service organization,’” said Joanna O’Connell, a VP and principal analyst at Forrester.

Specifically, Adobe will no longer invest in its managed service product for programmatic TV advertising, and eventually stop pursuing those types of deals. It’s unclear what Adobe ad cloud’s split is between managed service and self-serve.

The focus for Adobe’s ad cloud strategy going forward will be on its software solution for search, display, video, audio and, of course, connected TV advertising.

A company spokesperson characterized the shift to AdExchanger as enabling Adobe to “increase our investments in other strategic growth initiatives to serve our customers’ evolving needs.”

Software is also safer in a volatile economic environment. In that vein, Adobe is planning to create stronger connections and integrations between the ad cloud and the overarching Experience Cloud.

Adobe reported a roughly $50 million shortfall from its expected Q2 revenue due partially to the pullback from its transaction-based product within Advertising Cloud and partially due to what Narayen called “the COVID-19 situation.”

In light of the macroeconomic environment and the strategic shifts for Advertising Cloud, Adobe withdrew its annual fiscal 2020 targets provided in December 2019.

But although COVID-19 accelerated Adobe’s decision to leave managed services, Narayen said, the company intended to back away, even before the pandemic. Adobe talked about its plan for eliminating the managed service offering from ad cloud at its analyst meeting in November 2019.

Embracing a software business model is more than reasonable, especially given the climate, and the fact that managing legacy programmatic buys via IO can be a laborious and manual process.

But every time Adobe makes a move to do with its advertising business there’s always a little thought that tickles at the back of O’Connell’s mind: Does Adobe really care about advertising?

“There’s always been talk about that, although it’s just speculation,” she said. “Then again, Adobe is also the only marketing cloud that plays meaningfully in advertising, and maybe we shouldn’t read too much into this. Adobe isn’t abandoning advertising, they’re just saying IOs aren’t worth anybody’s time.”