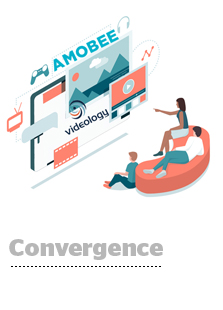 The deal, which closed on Tuesday, marks both the end of a tumultuous few years for Videology and a fresh start for a company that foundered despite solid technology and a shrewd vision.

The Videology name will be retired and the technology will be rolled into Amobee’s stack. The majority of Videology’s employees are joining their new parent, although Amobee declined to share a specific number.

At its height in 2014, Videology was reportedly valued at around $300 million. Layoffs came in 2016 and 2018 as part of restructuring efforts and in May of this year, the company was forced into bankruptcy protection and put itself up for auction. Amobee placed the winning bid and took home Videology’s assets for $117.3 million, a good deal less than the $200 million the company had raised since it was founded in 2007.

If Videology founder and former CEO Scott Ferber, who’s now joining Amobee as chief innovation officer, had a crystal ball back then, he might have told his former self to hold off for a few years on starting the company and wait until what’s still a nascent market today got a little farther down the road to maturity and scale. Or he might have raised even more venture capital.

Two hundred million might sound like a lot for an ad tech company, but not for the prospect Videology was chasing, Ferber said.

“We were going after TV’s convergence with the internet and the market for all paid TV advertising globally,” he said. “But we were also a 10-year-old venture-backed company. Our investors believed in us, but the funds were finished.”

However, the future is bright, Ferber said. The opportunity Videology identified before the iron was really hot enough to strike is finally reaching an inflection point.

“And over the next three to five years, it will continue to accelerate significantly and become mainstream in the way programmatic is mainstream now, at least in the US,” Ferber said. “It’ll take a few more years still in the rest of the world.”

Amobee is looking to capitalize on the coming crest by combining TV buying and planning with its existing digital and social capabilities. Adding Videology to its platform shaves off at least a few years of development work for Amobee, which is using SingTel’s backing to accelerate a strategy centered on both build and buy, said Philip Smolin, Amobee’s chief strategy officer.

Amobee’s clients – both brands and agencies – want to use data and buy inventory across the entire customer journey, Smolin said. TV still makes up the bulk of advertising budgets, yet it’s historically siloed, both in terms of buying and planning.

“It can’t just be TV in isolation,” Ferber said.

More than half of Videology’s revenue as an independent company came from buy-side clients, but Amobee was also attracted to its growing roster of supply-side relationships with the likes of Disney, Sky Media and Canadian broadcasters Rogers and Bell Media. This is something Amobee didn’t have, and it’s a chance to build bridges into the premium content market.

The supply side will continue to arm itself with mountains of saleable media a la AT&T and Time Warner and Comcast and NBCU. Expect more vertical mergers before this trend plays itself out, Ferber said.

But with more media mergers also come more walled gardens, and marketers will need help navigating all those pockets of O&O. Roll the clock back around five years and the prevailing vision for the future was a big, open internet. The reality is a little more fenced in, Smolin said.

“In terms of where the growth is coming, it’s premium walled-garden content, not open-market RTB,” Smolin said.

In addition to bringing Videology into the fold, Amobee is also filling out its C-suite.

The company recently hired a new COO, Domenic Venuto, former GM of the consumer division at IBM Watson Advertising, and 13-year Apple vet Erica Golden as chief people officer. Golden helped ensure acquisitions at Apple were running smoothly from a talent point of view, and her hire is a sign of more Amobee M&A to come, Smolin said.

“We have the backing from SingTel to make build-versus-buy decisions on how we accelerate business innovation and staff our organization,” Smolin said. “These [hires] are go-forward investments for us.”