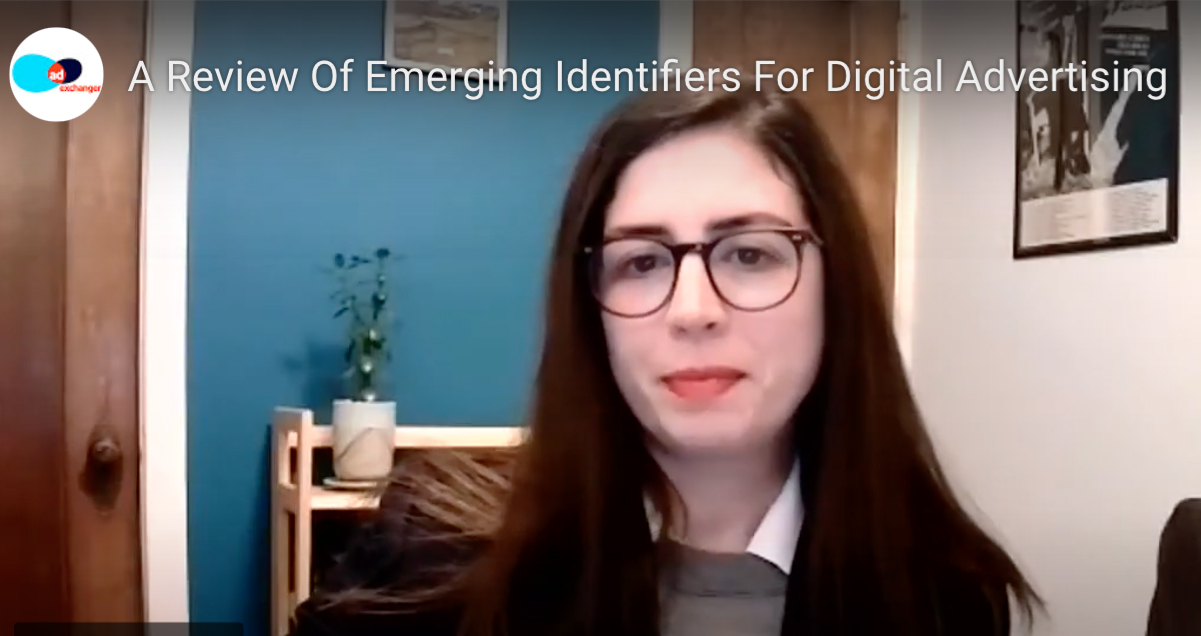 Advertisers and publishers are bracing for upheaval as two major identifiers commonly used for audience-based targeting are set to go away. But are marketers really prepared for the change?

Putting aside the China affair, Apple’s IDFA restrictions could be phased in as soon as this week, while third-party cookies in Chrome will be phased out by early next year.

That means it’s imperative for marketers to fundamentally rethink their audience strategies ahead of the looming changes, said Nicole Perrin, a principal analyst at eMarketer, speaking at AdExchanger’s Innovation Labs: Identity Day event on Tuesday.

And it doesn’t appear that they’re ready.

As of January, just 40% of brands said they are prepared for privacy laws and changes to third-party identifiers compared to 86% of ad tech vendors and 70% of publishers, according to research released by the IAB last week.

"Publishers and ad tech vendors are far more dependent on solving these issues for their survival, whereas brands will survive even if their marketing becomes somewhat less efficient,” Perrin said. “But neither publishers nor ad tech vendors can actually solve these problems without marketers either, because it is the marketers who bring the budget.”

One cookieless approach is to focus more on contextual targeting strategies, while another involves shifting to cohort-based targeting, which is what Google is pushing for in the Privacy Sandbox with FLoC, aka, Federated Learning of Cohorts.

Still, most marketers aren’t looking to get out of the people-based game entirely.

“Even if it’s a smaller proportion of what goes on, user-level targeting and attribution will be used for the subset of impressions where that information is available,” Perrin said. “And advertisers are working on solutions that would allow for that.”

For example, many marketers are building their own private ID graphs, devising first-party data strategies or developing a consumer data platform, said Perrin.

A large number of data companies, platforms and coalitions are simultaneously developing cookie-replacing tech. These proposed identity solutions hail from a variety of players, including The Trade Desk, Neustar, LiveRamp, Merkle and Lotame. The list of alternate identifiers, which includes Unified ID 2.0 and LiveRamp’s IdentityLink is long and likely to continue growing longer.

Most marketers are looking to their ad tech vendors to figure all this out for them.

“There’s been the suggestion that, maybe advertisers have been a little bit complacent when it comes to working on solutions, and we’ve heard calls for more advertiser involvement,” Perrin said. “[But] they are generally waiting for others to solve those problems for them.”

An Advertisers Perceptions survey last August found that 83% of programmatic buyers in the US believe that it is the responsibility of ad tech platforms to find alternatives for third-party cookies.

Epsilon, meanwhile, said that about one in five marketers surveyed last September are very confident their vendors will have a viable solution in place to deal with the loss of the third-party cookie and a likely dearth of mobile ad IDs.

“According to Epsilon, [marketers] weren’t super confident that was actually going to work out,” Perrin said. “The bulk of the respondents were really iffy about whether this is going to happen.”

But a lot has changed since those surveys were conducted.

“These vendors have been engaging in significant educational and marketing efforts since then, and it’s possible that marketers are feeling more confident about the viability of these solutions,” Perrin  said. “But there hasn’t been a lot of signs since then that brands are feeling better prepared.”

According to Advertiser Perceptions, 84% of brands said they were working with their agencies to figure out solutions, but only 40% were working directly with publishers.

“Brands are working with others on these problems, but they tend to be working with the parties that are already the closest to them in the supply chain and not their counterparties,” Perrin said.

Even with Unified ID 2.0 going into beta this week, most marketers are expecting to use multiple identifiers and not one universal solution, she said.

The walled gardens have their own identifiers based on emails, phones numbers or other information. There are also publisher-specific identifiers, which include the PPID product in Google Ad Manager.

“It’s not in doubt at this point that there will be multiple identifiers,” Perrin said. “You should absolutely be expecting that you will be using multiple different IDs in different environments and for different purposes.”

Perrin emphasized that for more than a decade, consumers have spent most of their time in cookieless environments, particularly mobile apps and, more recently, CTV apps.

“Cookies today are not a universal identifier and if they ever truly were, it was a long time ago now,” she said. “Identity will continue to be fragmented.”

Ask (lots and lots) of questions

So, how should marketers make decisions about which identifiers are best? Perrin said companies need to look at how much consumer data they’re collecting, whether they’re using that data to improve the consumer experience and if they’re able to keep the data secure.

They also need to look at whether it’s ethical to track user-level data with opt-out rather than opt-in consent. Even when it’s consented, opt-in tracking can raise concerns if it’s done across domains, and marketers have to ensure consumers have a clear understanding of how their data is being used.

There is also the issue, Perrin said, of “which of these things do we believe is ultimately going to be regulated away, whether that’s by platforms or governments”

“You need to think through these questions and come to an understanding of what your company is comfortable doing today and what you think you’ll be able to rely on in the future,” she said. “That gives you a framework for evaluating the various identifiers.”