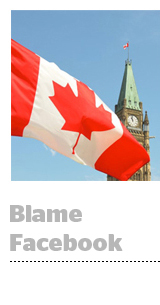 Virginia is in line to follow California’s lead with the California Consumer Privacy Act (CCPA), which is already in effect, by finalizing its own comprehensive data privacy law this year, according to ACA News. The Virginia Consumer Data Protection Act was passed on Friday by the Virginia House of Representatives (89-9) and Senate (39-0), and is expected to be signed by Gov. Ralph Northam after the legislative session ends March 1, according to Roll Call. If signed by the governor, the bill will take effect Jan. 1, 2023. The Consumer Data Protection Act would establish a framework for controlling and processing personal data in the commonwealth. Under the bill, consumers have rights to access, correct, delete, obtain a copy of personal data and to opt out of the processing of personal data for the purposes of targeted advertising.

Speaking of regulatory follow-the-leader, Canada vowed last Thursday to make Facebook pay for news content. Seeking to rally allies in the battle with tech giants, Canada pledged not to back down if the social media platform shuts off the country’s news as it did in Australia, Reuters reports. Facebook blocked all Australian news content on its service over proposed legislation requiring it and Google to pay fees to Australian publishers for news links (Google has signed 500 deals worth around $1 billion over three years with publishers around the world for its new News Showcase service and is in talks with Canadian companies). Canada is crafting similar legislation to Australia’s to  be unveiled in the coming months, with media organizations warning that without government action, Canada would lose 700 print journalism jobs out of 3,100 total. Meanwhile, The Washington Post reports that Facebook’s attempts to crush the regulations in Australia could totally backfire. Read on.

It’s all about control. Vizio has rolled out a new capability that enables brands to set limits on how often a Vizio TV within a household is exposed to specific ad creative. The new tool, dubbed Universal Frequency Control, claims to solve one of the biggest problems plaguing the OTT and CTV marketplace by persistently measuring the number of times an ad is exposed at the glass-level for each TV in a household across linear, CTV, VOD and OTT. Brands can limit how often a campaign purchased through Vizio Ads media reaches a device per day, week or month. The development marks the latest addition to the Vizio Ads product suite which includes incremental reach, targeting and retargeting capabilities for marketers to confidently invest dollars in CTV. "With this new frequency control offering, brands can use deterministic information to control linear and CTV advertising experiences at the device level," Travis Hockersmith, VP, Platform Business at Vizio, said in a statement. "This solves a major problem marketers face when diversifying and managing their reach to TV audiences.” Read the release.

Omnicom Group said it is optimistic that it will return to growth this year after beating expectations in Q4 but warned that efforts to mitigate the pandemic, such as mandatory business closures, continue to affect marketers’ demand for its services. [WSJ]

Asos is building a programmatic ads business as it chases an emphasis on first-party data. [Digiday]

Let’s roll: TikTok has jumped into the ring with the UFC in a multi-year partnership to carry live, weekly short-form programming. [The Drum]

WhatsApp is trying to get users to agree to its new privacy policy again, a month after it sent people flocking to Signal and Telegram. [Business Insider]

How to tell who’s winning — and who’s losing — the streaming wars. [CNBC]

CPG brands soared in the pandemic – but how will they keep flying when it’s over? [Ad Age]

Roughly two-thirds of publishers believe that contextual targeting can offer them an effective cookie alternative, according to Lotame. (Advertisers disagree.) [ExchangeWire]