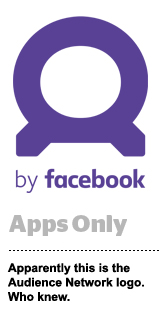 Facebook said Wednesday it will nix mobile web publishers from Audience Network in order to exclusively focus on apps.

Beginning on April 11, Audience Network will no longer fill any ad requests to web and in-stream placements. Facebook warned that campaign performance may fluctuate during the phase-out period. Read Facebook’s post on the change here.

But why make the move now?

“There’s not just a dotted line between Chrome’s third-party cookie ban and this – it’s a direct result of the movements by Safari and now Google,” said Ruben Schreurs, CEO of Ebiquity-owned digital marketing consultancy Digital Decisions.

“Audience Network on mobile web simply won’t work as the tracking will be blocked,” he said. “That means neither the targeting nor the measurement will be available for Facebook, which is the core value of the model.”

The larger question, though, is what will happen to Audience Network in the long term if Apple and Google decide to deprecate their mobile advertising IDs, which is increasingly likely considering the moves they’ve made on the browser side.

Device IDs next to go?

On Facebook’s full year 2019 earnings call last week, CFO Dave Wehner referenced the continuation of Facebook’s targeting-related headwinds and that “the majority of the impact lies in front of us.”

Wehner pointed to three main factors causing these headwinds: global privacy regs; Facebook’s own privacy tools, such as Off-Facebook Activity; and “product changes and future plans” coming from mobile operating systems and browsers providers, such as Apple and Google, that will limit Facebook’s ability to use signals that come from activity on third-party sites and services.

Although Facebook is doubling down on apps in Audience Network for now, it’s possible that Facebook will “eventually pull out of everything,” said Kunal Gupta, CEO and founder of Polar.

“Protecting privacy is a priority for Apple and Apple is the king of the app environment,” he said. “Apple will keep tightening the screws, and Facebook is really going to feel it.”

It’s a fair bet, then, that Facebook will get out of open programmatic altogether in favor of aiming attention at its owned-and-operated apps, where it keeps 100% of the margin for any ads sold, unlike ads sold via Audience Network.

Facebook’s properties are also growing steadily. In the fourth quarter, users and revenue grew, while ad prices remained stable, which means people are spending more time with Facebook apps. Why mess around with the potential privacy risks of an off-platform business?

Audience Network is on tap to rake in around $3.4 billion in ad spend this year, up from $3.1 billion last year, based on estimates assembled by ad tech consultancy Jounce, which forecasts that Audience Network’s share of the total open programmatic pie will increase from 5.5% last year to 6.1% in 2020.

But think back to when Oracle decided to proactively kill off its third-party data business rather than potentially run afoul of the General Data Protection Regulation in Europe. The situations are different, but both Oracle’s move and now Facebook’s can be filed away under “Juice, not worth squeeze.”

“From a regulatory compliance point of view, it makes a lot of sense for Facebook to limit their exposure to data leakage and consent management issues, as the Audience Network extends beyond their walled garden,” Schreurs said.

For now, the Audience Network will continue working with app publishers.

Facebook said it’s removing mobile web publishers from Audience Network because the growth is with apps, which is why Facebook is “focusing our resources there moving forward,” a company spokesperson said.

It is true that web and in-stream placements only constitute a small portion of Audience Network supply. Facebook claims removing them won’t have a material impact on revenue or available scale.

Although Facebook doesn’t break out its revenue for Audience Network, or the exact split between web and apps, it’s got integrations with roughly 50,000 publishers.