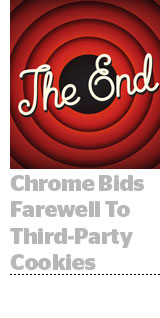 Third-party cookies – the backbone of programmatic advertising – are not long for this world. Google’s Chrome browser will phase them out in two years, according to a Tuesday blog post.

Google Chrome is betting that its Privacy Sandbox – the privacy-preserving API first unveiled in August – will over the next two years build functionality that replaces third-party cookies.

“We are confident … mechanisms like the Privacy Sandbox can sustain a healthy, ad-supported web in a way that will render third-party cookies obsolete,” said Justin Schuh, director of Chrome engineering.

The idea bears some similarity to Ads Data Hub (ADH), a Google spokesperson said. Since Google closed off access to DoubleClick IDs, the only way to analyze user-level information in campaigns is through Google’s privacy-focused ADH cloud. And the data can’t be exported.

How Google will support cookie-less measurement and targeting

The loss of third-party cookies endangers a number of marketing activities on Chrome, from targeting to measurement.

By the end of this year, the Google Chrome team will begin trials that allow for click-based conversion measurement without third-party cookies. Conversions will be tracked within the browser, not a third-party cookie, according to a Google spokesperson. When an advertiser needs to track a conversion, they’ll call an API  that will send the conversion value from the browser. Individual user data would not be passed back.

Google Chrome will next explore how to run interest-based advertising without third-party cookies.

This pilot will test a couple of different scenarios without third-party cookies.

For instance, an ad tech provider might call Chrome for a list of people who have visited a group of 100 sites, avoiding granular targeting. Or, Chrome might group people with similar browsing habits.

Regardless of the methodology, it seems as if Chrome will support messaging a cohort of users, but 1:1 messaging is out.

These changes will affect Google’s business buying ads across the open web, often known as its DoubleClick business, a Google spokesperson confirmed.

Google Display Network, for example, relies on third-party cookies to serve ads based on a person’s browsing behavior. For those ads to continue running, this Google product would need to use the Privacy Sandbox API.

And Google’s partners – including publishers using Google Ad Manager to sell their ads – would likewise be affected. Google released a study last year showing that removing third-party cookies reduced publisher ad revenue by 52%. Making sure this change doesn’t negatively impact publishers is a priority, the Google spokesperson said. The upcoming pilots will compare monetization for publishers under the new setup vs. the old one with third-party cookies in place.

However, Google’s much larger business serving ads on Google.com and YouTube.com would mostly be unaffected, since it runs on first-party cookies.

Chrome’s Privacy Sandbox is open, and any ad tech company with a third-party cookie offering would be able to call the API.

However, these outside ad tech providers would lose access to data they gathered through third-party cookies when they get phased out. Instead, they would need to target and measure ads by calling the Chrome browser API.