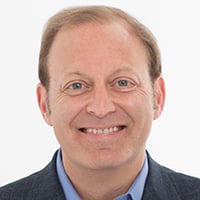 Zeta Global has hoovered up a lot of ad tech over the last two years, acquiring Sizmek’s DSP, Rocket Fuel’s DMP, IgnitionOne’s DSPand PlaceIQ’s managed media business. The spree was a departure for the 12-year-old marketing cloud, traditionally known for its CRM and data solutions.

“I forget now if it’s three or four different DSPs [that we’ve acquired] over the last two years,” he says. “We have consolidated them down to one platform. We don’t operate multiple platforms. We want to buy assets that have great people, great technology, great data.”

Zeta’s overall revenue will exceed $400 million in 2020, and the company is profitable, The Wall Street Journal reported earlier this year. But it doesn’t break out ad tech’s contribution from its CRM, data and email marketing businesses.

But does Zeta have a shot at peeling customers away from DSP colossus The Trade Desk? To say nothing of its even larger marketing cloud competition.

“The Trade Desk is a midsize company compared to IBM, Oracle, Salesforce and Adobe,” Steinberg pushes back. “They have done an exceptional job on Wall Street at getting to 28 times revenue on a multiple, and I applaud them … but if you look at their revenues, they’re not remotely at the scale of those other companies.”

According to Steinberg, negative investor sentiment about ad tech has unfairly driven down valuations and forced a string of distressed asset sales.

“Pendulums swing hard and they always have,” he says. “The reason we started buying ad tech assets a few years ago was because I felt they were massively punished in a world where they shouldn’t have been. Was consolidation necessary? Certainly, there were too many small independent players and they weren’t adding enough value. As you think about the evolution of marketing technology, advertising technology and where they ultimately converge, you’ll see the market swing back the other way.”