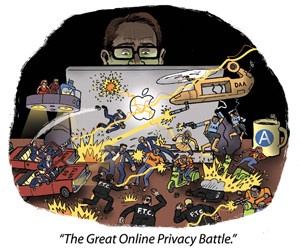 Performance ad revenue is outgrowing brand revenue for Twitter – and there’s an interesting dynamic at play to explain that growth.

Total ad engagement decreased 12% in the past year. With fewer engagements, prices should go up, but cost per engagement soared 39%. What’s up with that? It’s the result of Twitter’s mix shift to performance products, CFO Ned Segal told investors.

Performance ads bring a higher threshold for engagement. You’ve got to click or take action for it to count. But a brand ad often just needs to be seen.

There was nothing else revelatory in Twitter’s Q4 earnings, other than that it was new CEO Parag Agrawal’s first time as Twitter’s head since longtime chief and founder Jack Dorsey handed him the reins.

Agrawal started as a software engineer at Twitter more than a decade ago, rising to CTO in 2017. During the investor Q&A, Rich Greenfield of LightShed Partners asked Agrawal why he was “the right choice” for CEO.

In answer, Agrawal said his first role at Twitter, back in the day, was building ad products. “And during that time, I gained a lot of empathy for advertising to allow a service like Twitter to be free,” he said.

Twitter’s total ad revenue for Q4 was $1.41 billion, up 22% from the year before. The sale of MoPub to AppLovin, which closed in early January, added $1 billion in revenue.

Wait, I Can’t Use Google Analytics?!

Google Analytics is under fire in Europe.

The CNIL, the French data protection authority, announced yesterday that websites in the country can’t use Google Analytics if it transfers information to servers in the United States. Which it does.

The basis of this infringement isn’t ad tech (for once) but the Schrems II 2020 decision blocking data transfers to the US because of American surveillance. The Schrems case rested on Edward Snowden’s NSA leaks.

Until now, publisher vendors have collected web infrastructure data under the GDPR provision of legitimate interest, which is when business interests counterbalance the need for explicit consent. Monitoring traffic for potential bot fraud, for instance.

But now it looks like legitimate interest no longer flies for marketing, if it ever did. Last week, the IAB Europe’s Transparency & Consent Framework was deemed illegal by the Belgian data commission. It, too, was nixed on legitimate interest.

Back to GA, Google is putting out fires everywhere. The CNIL ruling follows a similar Austrian decision in January against Google Analytics for exporting data to US servers.

One Austrian case is an outlier. But with the CNIL, the bellwether EU regulator, reaching the same conclusion, this likely represents consensus among European data protection authorities.

Separately, a regional German court recently fined a publisher because Google’s Web Fonts tool collects IP addresses and transfers them to the US.

You, Me And The FTC

Three-quarters of Americans think US democracy is under threat if the government doesn’t regulate online misinformation, Axios reports.

But there’s nuance here. Is federal legislation supposed to protect end users from misinformation or protect the platforms where people publish that information?

Therein lies the rub. Section 230 of the Communications Decency Act – which immunizes online platforms from liability for what users post or comment – is the biggest hurdle facing lawmakers legislating against algorithmic harms, The Verge reports.

Not that it’s stopped them from trying. A Senate bill called the Social Media NUDGE Act reached the floor on Thursday, which, if passed, would instruct national research organizations to investigate misinformation patterns to slow the spread of misinformation. The Federal Trade Commission would then be tasked with codifying mandates and recommendations for social platforms.

It’s interesting that lawmakers are taking a partnership-like approach with the FTC on this one.

I’ll MoviePass On That, Thanks

Well, it’s back. And this time with a more sustainable, diversified business model than burning through VC cash. Which is to say, MoviePass is getting into the ads business.

“What it does is it basically creates a transaction between you and the brand,” Spikes said.

As part of this process, MoviePass will integrate PreShow, CNET reports, which Spikes founded after leaving MoviePass the first time. PreShow is an app that rewards gamers with prizes – including movie tickets – in exchange for watching long-form video content. More on PreShow in AdExchanger.

On the internet, where attention is the currency, obsession has become a default register. [The New Yorker]