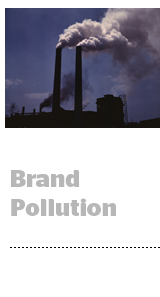 By now, Google’s brand safety issue has been covered across a broad spectrum of media outlets, ranging from The Washington Post to Recode to (naturally) AdExchanger. Below we bring you the latest in the fast-moving story.

Back Story. In February and March, The Times of London described how advertisers found their brands placed next to extremist content from rape apologists, anti-Semites and jihadists on YouTube, kicking off an avalanche of advertisers yanking their spend from the platform and Google’s display business.

Google tried to mollify advertisers with an apology and an update to its brand safety controls. The fervor then jumped the pond when AT&T and Verizon followed suit last Wednesday. Read AdExchanger’s more detailed recap.

A Cascading Boycott In The US. On Friday, The Wall Street Journal contacted numerous brands whose ads were found running against extremist content. Perhaps not surprisingly, the number of advertisers to bail on Google increased again. Johnson & Johnson, JP Morgan, PepsiCo, Dish, Network, Starbucks and Wal-Mart joined more than 250 peers in what’s blown up into a massive Google/YouTube boycott.

Pressure On Google Data Policies. Brands are likely to leverage the scrutiny to demand more openness from Google – and across walled gardens in general, as AdExchanger reported Friday. “Google has thus far not allowed our blocking tags on their sites, and that is why we’re not technically able to block a customer’s ads from appearing on questionable content on YouTube and GDN the way we are through more than 600 ad-serving platforms,” said DoubleVerify CEO Wayne Gattinella.

“What advertisers really want from YouTube is what they already get on the open web: tracking how many times an ad has been shown to a particular anonymized user; where it’s happening; and how people are interacting with the ad,” she writes.

Financial Impact. Advertisers are still spending on Google search, which will grow 16% to $28.5 billion in 2017, according to eMarketer. The YouTube boycott will cost Google about $750 million, Business Insider reports, but that’s a drop in the bucket compared to the roughly $26 billion in revenue the company did in Q4 2016.

YouTube Looks Weaker. Bloomberg reported that with the upfront season just around the corner, Google’s efforts to stack YouTube up against traditional TV networks could take a hit. At the very least, the snafu provides ad buyers a strong negotiating chit.

“We spoke with several industry contacts that suggested advertisers – while legitimately concerned about the issue – also recognize an opportunity to assert negotiating power as spring upfront/NewFront season approaches,” BMO’s Salmon noted. Meanwhile, influencers, a major source of revenue for YouTube, are angry at the heightened policing of their content and threatening to move elsewhere, Campaign reports.

Spotlight On Blacklists: The New York Times looked at how Nordstrom’s attempts to blacklist certain cites, including Breitbart, fell short – leading the company to issue this somewhat embarrassing statement: “Although we no longer advertise with Breitbart, some of our ads may appear due to the nature of how online ads work.”