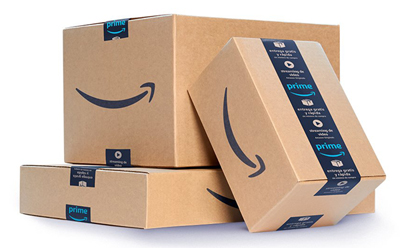 Amazon provided the spark for a surge in retail and commerce-based advertising. That surge has now reached fever pitch as other online retailers, including Walmart, CVS and Target, launch ad platforms in pursuit of incremental advertising revenue.

As the ecommerce leader became a critical pillar for more and more brands, it created a need to manage marketing programs across all ecommerce media environments.

Harris was joined by Frank Kochenash, president of marketplace services at Wunderman Thompson Commerce, speaking on a panel called “The Service Layer For Commerce Marketing.”

According to eMarketer, Amazon’s advertising business grew by 52.5% during the onset of the COVID-19 pandemic last year, pushing its share of the United States digital ad market past 10% for the first time and fortifying its position as the No. 3 ad publisher, behind Google and Facebook.

“Amazon has been the catalyst for change,” Kochenash said. “It’s coming to a point now where for a retailer, they need to have a … media component to their business model to thrive, and from the brand’s point of view, they’re asking us … to execute on that.”

Prerna Talreja, group director of marketplace/biddable media at Crossmedia, said that because Amazon is a walled garden with unique inventory, it is well-positioned to survive in a post-cookie world as compared to other platforms, due to its advanced targeting and measurement capabilities.

She added that Amazon has also invested heavily to expand its inventory – including the ability to buy Twitch programmatically – and to integrate with more SSPs.

“They do though still have some room to expand to some more SSPs and other channels such as native or digital out of home or even audio, which is limited to Amazon music,” said Talreja, who hosted a panel about how marketers could get the most out of their Amazon spend. “When you’re comparing them to the larger omnichannel DSPs, you might see some of the nuances and gaps, but obviously overall they’re very competitive and they do have access to a lot of the inventory you’d want.”

Because advertising is now a core business for Amazon, other online retailers are trying to grab their share of ad dollars.

Kochenash said that those platforms are relatively new, with constantly changing capabilities. He said brands are trying to figure out how to effectively run ecommerce campaigns and media spend on those nascent platforms.

“Ultimately, you might use a combination of some of these options depending on your brand and the goals you have as well,” Talreja said.

Those platforms still lag behind Amazon in terms of media spend.

“I don’t care what DSP you’re using, there’s not a comparison for what you can do for some of those things on Amazon – you just can’t have the big reach and frequency,” Harris said. “Everyone should be using it, at least a little.”

Because Amazon is an API-driven company with a focus on self-service, when it comes to advertising, a few things need to be “stitched together,” particularly around analytics, Kochenash said.

For instance, Amazon doesn’t teach advertisers how to tell stories on Twitch or how to use Alexa effectively.

“You can’t be on Amazon without search, but typically if you would use their demand side platform, you’ll see a 30% or 40% lift in your sales – if you understand the role of branding and advertising, and then driving search,” he said.

And when it comes to measurement on Amazon, Talreja noted that, as with other walled gardens, there are limits on third-party tracking.

“Obviously we don’t want to just operate on a classic attribution model which is right now built into the platform,” she said. “It’s obviously inherently flawed because it doesn’t think of the full view that a customer has in their journey.”

She added that advertisers have to employ analytics solutions to understand incrementality and prevent walled gardens from grading their own homework.

Both Harris and Kochenash said that there’s no single playbook when it comes to advertising on Amazon. Nike, for example, might have a different strategy than Kraft Heinz.

“You have to meet the clients where they’re at – every client is at a different stage in their ecommerce evolution,” Harris said, adding that some of the bigger clients “don’t even know what’s going on on Amazon.”

Still, many of the fundamentals – selling products and using advertising on or around the platform to drive sales – are still in place, and Harris said that branding still matters on Amazon.

Kochenash said now is the time to be testing and learning as Amazon’s tools evolve, such as Amazon Posts, a free social-like program that presents an opportunity for brands.

“I’m sure Amazon will put a fee on that eventually, but now’s the time to gain learnings about how does that fit?” he said. “And there’s reasonable evidence in the market to say that if it works on Amazon, there’s a good chance that Walmart, and Kroger and, then on the network side Criteo or Instacart on the marketplace side, will adopt these as well.”