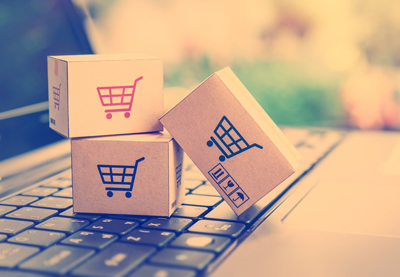 Criteo is all about agencies now.

On Wednesday, during its full-year 2021 earnings call, the company announced the start of a three-year global partnership with GroupM to help grow Criteo’s retail media business.

Agencies are a conduit to brands that Criteo can introduce to its existing retailer clients, including Walmart, Best Buy, Target, Staples and CVS Pharmacy. Criteo also works with the performance-focused arms at large agencies to help with targeting and retargeting, CEO Megan Clarken told AdExchanger during a post-earnings briefing.

Today, most of Criteo’s business is going through agencies. In the past, though, agencies have sometimes been treated like interlocutors as opposed to important partners in their own right.

“We haven’t had a relationship with them in the past or prior to me coming to Criteo, and I don’t know why,” Clarken said. “Agencies are our friend.”

That said, some of the biggest agencies are doing their own thing on the retail media front, which makes them competitive with Criteo rather than potential partners. In July of last year, for example, Publicis acquired Australian retail media company CitrusAd with the intention of combining it with its Epsilon data business.

But it’s only natural there’d be competition in the space – retail media is hot, Clarken said. “There are agencies going alone at this … and that’s good as well,” she said. “There is a really big prize for whoever gets it right.”

Media spend across Criteo’s commerce media platform was $2.7 billion last year – up 19% – and came in at nearly $850 million in Q4 alone. Criteo’s overall revenue in 2021 was $2.3 billion, a 9% year-over-year increase. Revenue for the fourth quarter clocked in at $653 million.

One of the most compelling rationales for Criteo’s acquisition of IPONWEB late last year – the deal is set to close this quarter – is to be able to work with retailers directly as they build their own programmatic infrastructure (à la what The Trade Desk did for Walmart, but with more in-house infrastructure-building chops.)

Although Todd Parsons, Criteo’s chief product officer, demurred on the question of whether Criteo has struck any major exclusive retailer deals of that nature yet – “it’s premature to give any information on that,” he said – it’s clear it will be a top priority once IPONWEB’s technology is fully integrated.

On the flip side, Criteo experienced a $28 million hit to its revenue in Q4 as a result of privacy changes, roughly $23 million of which was related to iOS.

Criteo is also still predicting privacy changes will impact revenue to the tune of $55 million this year, primarily related to Apple’s AppTrackingTransparency framework and iOS 15. The challenge of collecting explicit consent in Europe is also a cause, but “to a lesser extent,” CFO Sarah Glickman told investors.

Around 75% of the $55 million in privacy impacts is expected to materialize during the first half of 2022, including close to 40% in Q1 alone.

“While we may not be as exposed as other companies, iOS and other privacy changes have impacted the underlying performance of advertising on the open internet,” Glickman said.

And there are still more big changes coming soon, namely the phaseout of third-party cookies in Chrome starting late next year.

In preparation, Parsons said Criteo plans to test the Topics API, Google’s recently announced FLoC replacement in the Privacy Sandbox, just as rigorously as it tested FLoC before that proposal was grounded in favor of Topics.

In the meantime, though, Criteo will continue using third-party cookies as long as they’re available, Clarken said.

“Where [identifiers like] cookies still exist, where it makes sense and for the right reasons, if our clients want us to, we’ll continue to use them until the point they don’t exist anymore,” she said.

But Criteo, like most others in the industry, is working to free itself from overreliance on data signals that won’t be sustainable on the web, such as third-party cookies.

It’s also trying to free itself from its reputation as a pure retargeting company.

Part of that process involves buying targeted airtime in major urban markets during the Super Bowl this year. But Criteo also has to convince investors they should pay less attention to the company’s take rate while Criteo undergoes a structural shift in its business to work with retailers directly as publishers, not just as product landing pages linked by a Criteo ad.

On the investor call, Parsons referred to the implications of this shift on Criteo’s take rate as “sort of academic,” noting that the way Criteo now packages its products and services means it “can take a lot more of the total money.”

In other words, Parsons clarified during a post-earnings briefing, “a focus on take rate is maybe unnecessary” in light of Criteo’s opportunity to greatly increase its share of wallet with existing customers and potential new clients.

According to McKinsey, the total addressable market (TAM) for retail media, excluding Amazon and China, is set to hit $32 billion by 2024.

“I do think that the [investor] community that tracks us gets a little stuck on the fact that we’ve been high margin, maybe even the highest margin performer in ad tech for a long time,” Parsons said.

“But we want a much larger share of advertising,” Parsons said, even if it comes at a lower profit margin. “Now we’re able to convert the entire customer journey and buying journey.”