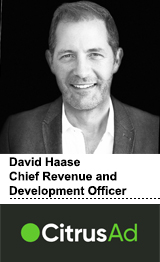 Publicis Groupe will acquire CitrusAd, an Australian retail media company, and place it within the Epsilon data business, the company announced on Thursday.

CitrusAd’s direct connections to retailers – and the first-party data partnerships that come along with those connections – were a draw.

CitrusAd is a competitor to companies like Criteo and Quotient, both of which work with grocery and retail chains and online retailers to sell sponsored products on their sites. In the past month, for instance, CitrusAd has announced that its technology will power new ad platforms launched by Tesco, the British grocery giant, and the ecommerce fulfillment company GoPuff.

These retailers work with CitrusAd to target ads on their site and in email campaigns, and its platform provides analytics for the advertiser and the retailer.

But CitrusAd has been limited to selling on retailer-owned sites. The company started working with Publicis a few months ago on a product to extend retail media campaigns off-site while using the retailer’s data for targeting, said CitrusAd Chief Revenue and Development Officer David Haase.

“Combined, the opportunity is for us to further maximize the assets of the retailer with off-site media opportunities that will be leveraged on the platform,” he said.

CitrusAd’s original value proposition is as an online extension of shopper marketing – the budgets negotiated between a retailer and brand it carries, including shelf position, in-store displays and coupons.

“This will unlock more revenue for the retailer,” Haase said.

The CitrusAd audience data will complement Epsilon’s identity data, which has roots in offline sales and consumer data. Citrus collects its data from retail partners, which track web browsing and often have loyalty programs for in-store and online sales.

Publicis’ identity solution, called CORE ID, will be the identifier carried by both CitrusAd and Epsilon’s off-site retail media data. That means third-party cookies where they’re accessible or first-party data like emails can be used to target campaigns on those retail ad platforms, as long as the brand has consent to use the data and can match to the retailer’s customer graph.

The CitrusAd deal is likely a fraction of the $4.4 billion Publicis spent on Epsilon, but it’s notable as the holding company’s second acquisition of a SaaS analytics and technology company. And it’s another sign of agencies beefing up their ecommerce businesses.