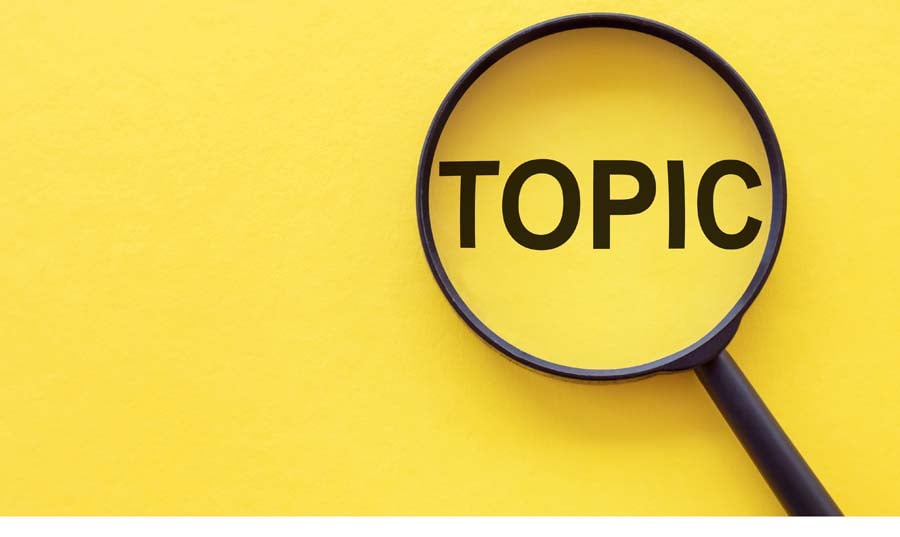 Sorry, ornithophiles, the next version of the Federated Learning of Cohorts (FLoC) proposal doesn’t have a bird name.

On Tuesday, just a few days after filing a motion to dismiss the state AG-led antitrust lawsuit against its advertising business, Google announced Topics, a new proposal for the Privacy Sandbox that replaces the FLoC API, which is being sent to bird heaven.

The new proposal – you can consider it FLoC 2.0 – was developed based on feedback gathered from the industry during the first set of FLoC origin trials last year.

Rather than placing people into cohorts or buckets based on their browsing history – in other words, replacing the third-party cookie with a FLoC ID – the Topics API, as the name denotes, allows companies to personalize ads based on a limited number of regularly updated content topics as determined by the browser.

But what does that mean exactly?

Like the FLoC API, the Topics API uses on-device machine learning. None of the data processing happens on an external server, including Google servers, using this approach.

But unlike FLoC, which generated a cluster ID to reflect a given Chrome user’s browsing patterns, the Topics API allows Chrome to determine up to five topics – think things like fitness, travel, books, team sports or rock music – that represent a person’s top interests for a certain week across participating websites (as in, websites that choose to call the Topics API).

When someone visits a participating site, the Topics API picks three topics for targeting purposes – one topic from each of the past three weeks – and shares them with that site and its advertising partners to personalize ads to that person.

Shared topics are persistent to a website and only remain active for three weeks. Then they’re deleted, and fresh topics are added in their place. The API supplies multiple topics so they can be combined (for example, targeting a book lover who is also into fitness).

There’s a whiff of contextual targeting about the topics-based approach to interest-based advertising. But the Topics API allows for more nuanced targeting than contextual, Galbraith said.

For instance, in some cases, context is used to disqualify certain content from monetization, like a news story about a tragic event.

But like classic behavioral targeting, which decouples context from a user’s interests, the Topics API could be used to target a fitness lover on a news site regardless of whether someone is reading about fitness.

“We see Topics as an input [for] advertisers so they can look at various signals and make their own decision about what makes an ad most relevant in a given situation,” Galbraith said.

The decision to replace FLoC with the Topics API was based largely on the comments and reactions that came in during the FLoC testing process.

One of the biggest pieces of feedback was that FLoCs are not necessarily more privacy-preserving than status quo cookies. During extensive testing of FLoC conducted over the summer, for example, Criteo found that it was still possible to use FLoC IDs to do cross-site tracking by monitoring browsing habits and cohort assignments over time.

In response, the Topics API pulls from topics curated by humans rather than machines to ensure they don’t include sensitive categories, such as sexual orientation, religion and race.

Users will eventually be able to see what topics are being shared about them or disable the feature completely. Chrome is in the process of building those user controls.

The initial set of topics – roughly 350 to start – will be pulled from a combination of the IAB content taxonomy and Google’s own audience taxonomy. Google will consider expanding the available topic list based on testing and feedback.

Down the line, Google will look for a third party to maintain the Topics taxonomy. The IAB Tech Lab is one potential option, Galbraith said. (Seems like everyone wants a piece of the IAB Tech Lab these days.)

The Topics API will be available for origin trial testing toward the end of the first quarter, Galbraith said. Google will share firmer details on the exact timeline soon.

But … what about Europe? Google wasn’t able to proceed with FLoC testing in Europe due to concerns over compliance with the General Data Protection Regulation.

As of now, Topics testing will be a go in the EU. “Our aim is for this to be a global test,” Galbraith said.

Although it’s too early to say what sort of performance to expect – both compared to FLoC and compared to third-party cookies – Galbraith said Google has “hopes this will provide solid utility … otherwise, we wouldn’t go through this process.”

Beyond Topics, Google plans to release more information to developers later this week about FLEDGE, its Privacy Sandbox proposal for retargeting, and more info on its technical proposals focused on measurement. FLEDGE testing hasn’t started yet, but should begin in the near term, Galbraith said.

But while Google and the Chrome team busy themselves in the Privacy Sandbox, they do so against a backdrop of increasing antitrust and regulatory scrutiny in the US, Europe and farther afield.

In November, Google submitted a set of revised commitments for oversight of the Privacy Sandbox to the Competition and Markets Authority, the UK’s top antitrust regulator, including a pledge not to remove third-party cookies from Chrome without the CMA’s authorization. Google also promised not to discriminate against rivals in favor of Google’s own ad tech business when it comes to third-party cookie alternatives.

“We need to make sure that whatever we do does not result in us giving an unfair advantage or favoring our advertising business, and that’s the underlying constraint that dictates how we think about this,” Galbraith said.

And that’s why engaging with the CMA and gathering feedback from the industry is “so valuable to us,” he said.

“You can imagine an alternative world where we just, you know, did something without getting any feedback and just launched it into the world,” Galbraith said. “And that’s pretty close to the opposite of the approach that we’ve taken here.”