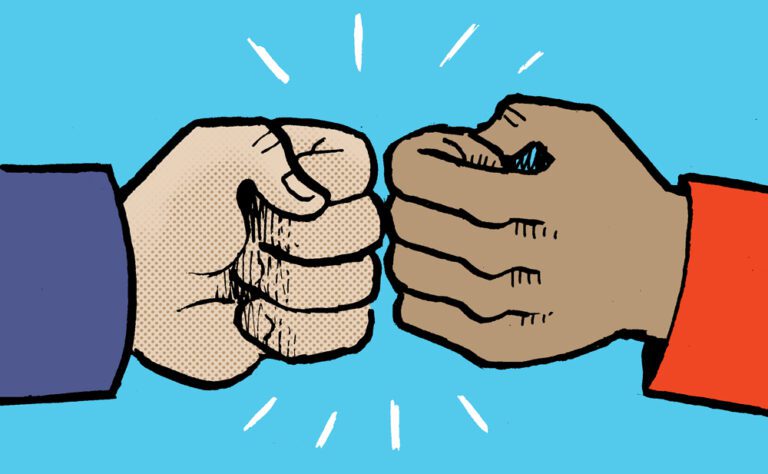 Unity will merge with ironSource in an all-stock transaction that values the latter at $4.4 billion.

If you perform a Control-F search for the word “synergy” (and “synergies”) on a transcript of the investor call announcing the merger on Wednesday morning, you’ll get 21 hits.

“Synergy” is a buzzword, but it describes the rationale behind the merger, which brings together two public companies – and former competitors – into a single behemoth that has tools for content creation, testing, user growth and monetization.

The companies expect the merger to help deliver a $1 billion run rate by the end of 2024 and $300 million in annual EBITDA synergies the year after that.

Silver Lake and Sequoia, Unity’s two largest investors, have committed to buying $1 billion worth of convertible notes from Unity that will be issued after the deal closes.

“We obviously stand in the shadow of the Googles and the Facebooks in terms of data, both type of data and scale of data,” Unity CEO John Riccitiello told AdExchanger. “But we’re able to effectively compete because we’re focused on something a lot narrower.”

The plan is to eventually create one fully combined platform that incorporates Unity’s game engine and editor, Unity Ads and Unity Gaming Services, respectively, including game analytics, with all of ironSource’s stuff, namely Supersonic and LevelPlay.

Supersonic is a mobile monetization platform and a subsidiary of ironSource that helps mainly hypercasual developers launch and scale their games. LevelPlay is ironSource’s campaign mediation offering.

As a single unit, Unity is aiming for a more balanced 50/50 revenue split between content creation and growth or monetization.

There are three main ways that Unity and ironSource will bring value to developers, according to Riccitiello: more data from more diverse sources, the introduction of mediation services into Unity’s platform and supporting indie developers through the integration with Supersonic.

On the first point, “in this shifting world, data matters,” Riccitiello said. “Success and monetization depends on data.”

“We don’t collect nor do we want sensitive personal information – we don’t need to know the name of your best friend,” Riccitiello said. “We just want to know who is more or less likely to download a game or make a purchase, and that requires understanding not just millions but billions of mostly contextual data points.”

The vast majority of the data Unity collects is contextual, Riccitiello told AdExchanger. That means it is primarily data about how people interact with games.

By combining forces with ironSource, Unity will be able to “improve the breadth and depth” of Unity’s data, which will help developers monetize with ads more effectively. That’s important considering only 3% to 5% of mobile gamers make in-app purchases, and retaining those whales can be as difficult as it is expensive to find and acquire them in the first place.

“This is an instance where if you run more data across the same tool set, you generate better outcomes from a full-stack solution,” Riccitiello said, and it should “surprise no one that Unity needs a leading mediation solution.”

Lastly, bringing Supersonic to Unity creators will help smaller game publishers develop games that are more likely to succeed and then, once they do, scale those and make money.

Longtail mobile game developers “are often long on creativity but short on money and sophistication for user acquisition and engagement management,” Riccitiello said.

“From a creator’s point of view, we will now be able to provide them with literally everything they need to succeed,” said ironSource CEO Tomer Bar-Zeev, who will join Unity’s board of directors. “In essence, we will be creating a flywheel in which data from growth drives improvements in creation, which, in turn, drives more business success for creators.”

Not sweating a downturn

But what about the fact that we’re on the precipice of a recession and the fear that marketers might curtail their spending?

Downturns are going to happen, no doubt about that, Riccitiello said, but performance advertising tied to games and other forms of at-home entertainment is not going to dry up.

“The data has shown pretty consistently over the past few economic cycles that when there’s a recession, people actually game more – and that’s because it’s more expensive to go to the movies than it is to stay at home with a pizza,” he said.

As long as performance marketers can prove that the lifetime value of their users is higher than the cost of customer acquisition, they’ll keep spending all day long.

“During recessions, things that aren’t essential come under pressure – but ROI is always essential,” Riccitiello said. “And this is an ROI business.”