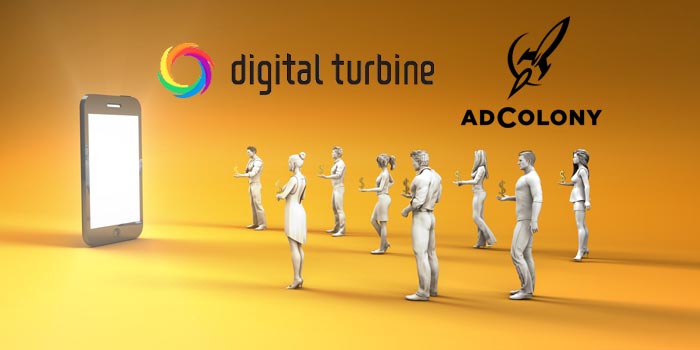 Apparently ad tech is so hot right now that ad networks can get acquired in the year 2021 for hundreds of millions of dollars.

Otello and Digital Turbine are both public companies. LUMA served as the financial advisor on the deal, and Hogan Lovells served as legal advisor to Otello.

For operators and OEMs, it helps simplify app and content discovery on mobile and smart TV devices. For developers, it has technology to facilitate installs by bubbling up certain apps during the device setup process and by serving advertising on properties owned by carriers and OEMs.

The acquisition makes sense from a strategic point of view, said AdColony’s CRO, Jude O’Connor, in a release.

AdColony, which claims to reach more than 1.5 billion monthly users globally, has been trying to transform itself from a classic mobile ad network into a programmatic exchange with in-app bidding capabilities.

According to Lars Boilesen, CEO of Otello Corp. and now former CEO of AdColony, the company has been working to execute a turnaround over the past three years. It’s been a successful endeavor. AdColony experienced 15% year-over-year revenue growth in 2020.

Part of that boost was due to the pandemic, which caused a massive and ongoing surge in mobile gaming as consumers turned to their phones for entertainment.

But business wasn’t always so good for AdColony, which experienced a series of rolling layoffs and a CEO ouster between 2017 and 2018.

AdColony cut roughly 250 jobs between July and November of 2017, which translated into a more than 35% reduction in overall headcount. The November layoffs were part of the shutdown of AdMarvel, the ad server and mediation company AdColony had acquired in 2010.

In December 2017, Will Kassoy was replaced as CEO of AdColony by Boilesen after what Otello referred to at the time as “a disappointing year” for AdColony, which saw revenue drops between 5% and 10% compared with 2016.

AdColony made a small round of cuts in April 2018 followed by layoffs in September of that year amounting to 10% of its US workforce, including roles across sales, IT, finance and product.

But a focus on programmatic has helped bring AdColony back into the black.

During Otello’s Q3 2020 earnings call (the company hasn’t yet reported Q4 numbers), Boilesen specifically called out AdColony’s growth. Revenue was up 20% between Q2 and Q3 of last year, with brand revenue growth and performance stable for the fourth quarter in a row.