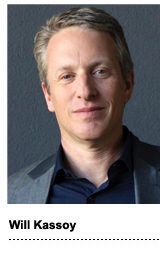 AdColony’s Q4 revenue is expected to drop 5-10% more than it did last quarter and CEO Will Kassoy is out, effective immediately.

The news caps off a “disappointing” year for AdColony, according to a release late Thursday from parent company Otello Corp. (formerly Opera Software, which rebranded to Otello on Monday).

Kassoy, who joined Otello/Opera as part of the AdColony acquisition in 2014, will be paid severance based on the remainder of his contract.

The dismissal’s suddenness suggests tension within the company, which will now be led by Otello CEO Lars Boilesen while it looks for a permanent replacement for Kassoy.

AdColony’s 2017 was marred by “product delays and poor execution in the midst of a strong and growing mobile advertising market,” Otello stated.

In July, the company also laid off around 100 people, followed in mid-November by another round of layoffs – 125 people, about 20% of its remaining workforce – and shut down its AdMarvel ad server and media business to focus on jump-starting its nascent in-app programmatic business.

“We thought that our technology would work more seamlessly with the ecosystem, but it took more work than we expected to make it compatible, and that resulted in us not growing as fast as we would have liked,” Kassoy told AdExchanger in November at the time of the AdMarvel layoffs.

Opera, when it was still Opera, spent years building a strange and sprawling mobile ad animal.

But this slapdash stack never gelled into an integrated platform as intended.

In February 2016, Opera Mediaworks was set to be acquired by a Chinese consortium as part of a larger acquisition of Opera’s overall business, but the deal got scrapped and Opera Mediaworks spun off into an independent company under Opera, and subsequently changed its name back to AdColony.

Otello hopes 2017’s “successful” restructuring will allow AdColony to enter the year with a cost base 40% lower than roughly this time last year. Otello also hopes to better capitalize on AdColony’s large SDK footprint and existing publisher and developer relationships.

“Despite the challenging year, AdColony remains uniquely positioned to play a key role in the massive mobile advertising market as the largest independent mobile video advertising player,” Otello said in its statement. “The persistent cost focus has lowered AdColony’s break-even run rate significantly and has set AdColony up for a faster return to profitability.”