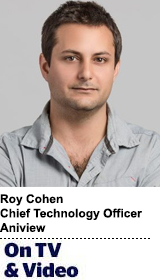 With CTV ad spending in the United States expected to increase from $8.1 billion in 2020 to $11.4 billion this year, scammers are following the money.

In the midst of an OTT boom that has created more opportunities for fraudsters, ad fraud detection companies such as DoubleVerify, Oracle Moat, and White Ops have recently uncovered massive bot schemes called “spoofing” in which scammers use server-side ad insertion to generate fake CTV inventory across a large number of apps, IPs and devices. SSAI technology combines content and ads into a single video stream to enable seamless playback on OTT devices, such as Roku, Apple TV and Fire TV.

Some scams, they claim, have cost advertisers and publishers millions in ad spend. Between January and April 2020, DoubleVerify detected a 161% YoY increase in fraudulent CTV ad impressions.

Though some have said that reports of fraudulent activity in CTV are often skewed to make the problem appear larger than it actually is, companies aren’t taking any chances and are bolstering their security capabilities in OTT/CTV.

AdExchanger: Are we seeing an increase in the level of sophistication in CTV ad fraud attacks?

Roy Cohen: I don’t think that there is an increase of sophistication in CTV, rather that the CTV environment is still lacking the proper technology validators. We have a pretty big footprint across video – most of our inventory shipped with our video players – so we have built our own in-house fraud detection which combines server and client-side solution. But with the increase of CTV inventory, third-party video players and the lack of client-side validators, we have needed a partner who sees the full picture that can help us identify unordinary inventory patterns.

Is it possible for a fraudster to insinuate itself as an SSAI server, without actually having CTV content?

It is always possible, but not in our case. We mostly provide our ad serving solution including our own SSAI and client SDK, so we know that there is no third-party SSAI that we just deliver impressions to. For the small amount of inventory that we allow without our complete solution, we are verifying it by one-to-one cases. This is also one of the reasons we have partnered with White Ops, to have better coverage on the grey areas.

Is an SSP or ad network able to scrutinize who they’re writing checks to when they’re being spoofed?

With the SupplyChain initiative, it is more likely to understand the involved partners in a transaction. The SupplyChain initiative is a combination of IAB SupplyChain and Sellers.json. Together with the ads.txt initiative, they bring the visibility and transparency between the involved parties in each ad transaction. A publisher declares his authorized sellers and his relationship with each one of them and in every ad request, all nodes are being sent to the DSP and in that way the supply chain can be optimized. Aniview have adopted it from the beginning and we are very happy that there is more transparency in the ecosystem.

How do you show bot interactions and activity patterns to save time and money?

With the ability to pull stats periodically and trigger alarms, we can almost catch bad actors or suspicious fraudulent activity in near real time. Traffic is scanned both in pre and post bid, which helps us close the loop and validate that pre-bid acts in an appropriate way.

I think that attribution or user segments can be challenging these days for advertisers. Whether it is fraud or not, TV-like devices are shared across households rather than specific users so I expect that advertiser targeting and KPI’s can be manipulated somehow.