The end of third-party cookies is pushing nearly everyone in the supply chain to try to figure out how to get consumers to opt in – including a growing number of ad tech companies that are attempting to create their own consumer-facing consent mechanisms.

It’s a new and largely unfamiliar territory for companies accustomed to operating behind the scenes.

“Ad tech companies are investing in better consent and preference experiences for end users simply because they have no other choice but to try and emerge as brands that end users can safely trust,” Gauthier said.

Which is the definition of easier said than done.

As anyone who has ever clicked on an “AdChoices” icon or combed through the language in a Transparency and Consent Framework pop-up on a European website knows, communicating the ad tech value exchange to consumers is anything but simple.

Also, most people are accustomed to free content online. Paywalls, freewalls and anything else that adds friction to the browsing experience generates the same low-grade rage that might result if a restaurant suddenly started charging for bread and water.

Problem is, publishers have to be compensated for their output or the fourth estate falls.

“Journalism is suffering, monetization on the open web isn’t working and we have to take that back,” said Scott Cunningham, owner of Cunningham.Tech, a consultancy that’s been helping the Local Media Consortium develop its own single sign-on solution and ad network called NewsPassID.

The Local Media Consortium isn’t alone in its quest to create an SSO.

In just the past two weeks, Criteo started testing the single sign-on component that will serve as the user interface for the Unified ID 2.0 initiative. And an anti-Privacy Sandbox technology called SWAN.community backed by ad tech companies, including PubMatic, OpenX and Zeta Global, launched the first iteration of its global consent mechanism for public comment.

And LiveRamp is beta testing something similar called PreferenceLink that would create server-to-server infrastructure for tying preferences to a more static, deterministic datapoint (aka, not a third-party cookie). The technology could underpin a consumer-facing consent UI. 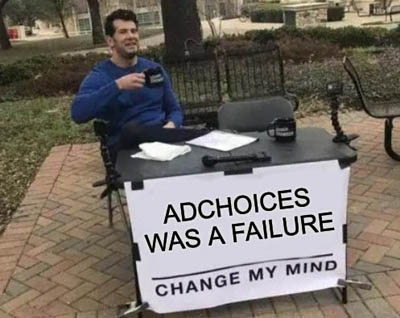 “If you take data seriously, you need an endpoint connection to the consumer,” said Tim Geenen, general manager of privacy and consumer experiences at LiveRamp. “Maybe that endpoint is visible to the consumer or maybe it’s not, but what’s most important is that you have an end-to-end data connection.”

It’s hard to fault ad tech companies for trying to insinuate themselves into the consent-gathering experience. The future belongs to those who can establish first-party relationships.

But there are a lot of unknowns and unanswered questions.

For example, are any of these solutions truly more than just a pop-up?

Why wouldn’t a consumer, or a publisher for that matter, simply use an already established SSO, like those on offer from Facebook and Google?

And the biggie: can any of these players actually help publishers to finally define – and clearly explain – a compelling value exchange that will convince consumers that the quid is actually worth the quo?

The answer to that last question is … to pass the buck.

The fact is, it’s really up to the publishers themselves to devise and offer a value proposition that will get people to consent, said Quantcast CTO Peter Day.

Ad tech’s role here, Day said, is more about trying to reduce friction in the user experience so that consumers can manage their information centrally across a network of sites.

Although no one really seems to have a more elegant alternative for gathering consent than the good old consent pop-up, at least interoperability would protect people from constant bombardment by cookie notices and account creation prompts every time that they hit a website.

Ad tech companies are in a good position to help address that challenge because they have integrations with both supply and demand, said Todd Parsons, Criteo’s chief product officer.

“Making consent interoperate across sites isn’t something CMPs can do,” he said. “Consumers benefit from ad experiences that are respectful of privacy and personalization preferences not just for one site but across domains – and getting consent is just one part of that.”

From a consumer perspective, if a login is required, people will use whatever mechanism they’re presented with as long as they’re convinced there’s value in doing so, Parsons said.

Logging in with Google, for example, is mainly a matter of convenience and the path of least resistance for users. But with an independent SSO service that’s controlled by the publisher, there’s an opportunity to build a first-party relationship with visitors over time rather than relinquishing that very important relationship to a walled garden.

Now, ad tech players need to convince enough publishers that this is actually a good idea and not a fool-me-once-shame-on-you-fool-me-twice-shame-on-me situation by which publishers end up signing away their first-party data to an intermediary that’s more concerned with maintaining the status quo than with facilitating a true exchange with consumers.

“The verdict is still out,” Cunningham said. “We’re watching closely to see whether disintermediation between buyers and sellers still occurs and whether this sort of thing is mainly just about propping up the ad tech ecosystem in such a way that it mainly benefits … the ad tech ecosystem.”