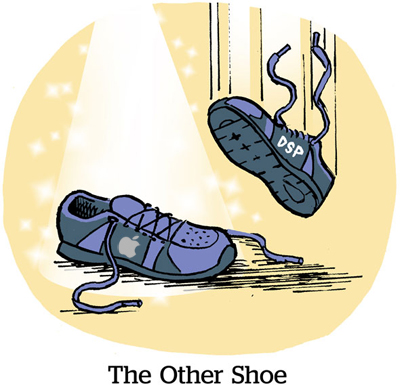 The details are still sketchy, but it looks like Apple plans on launching a demand-side platform of its own.

According to a late July job posting on its career website, Apple is seeking a senior product manager with experience building a mobile demand-side platform and optimizing mobile campaigns using measurement and attribution. The job requires at least eight years of experience in product management, technical architecture for mobile ad platforms and “crafting mobile and web ad experiences.”

Although Apple has publicly denounced data-driven advertising in the past – CEO Tim Cook makes regular references to what he calls the “data industrial complex” – this DSP-to-be is not Apple’s first stab at ad tech.

But Apple discontinued iAd in 2016 due to data limitations and a lack of demand.

This time around it’s unclear whether Apple’s potential DSP will only serve ads on its own properties or on third-party apps and sites, too. It’s hard to imagine the latter, but you can’t rule it out.

In the meantime, Apple has been prioritizing its Search Ads business for some time and recently launched new ad formats in the App Store.

We asked the experts: Is it surprising that Apple appears to be launching DSP – and why will this succeed when iAd failed (or won’t it)?

It’s not all that surprising that Apple is planning to launch a DSP, especially when you look at its privacy-centric mission and the way that the industry is shifting.

Google, Meta and other walled gardens don’t have the same hold on the industry that they did when iAd was launched. With Google’s shifting timeline for third-party cookie deprecation pushing the industry toward cookieless solutions like contextual targeting, and with the focus on consumer data privacy increasing the value of first-party audience data – which Apple has a ton of – there is a very high likelihood that buyers will shift more budgets toward Apple’s DSP and away from Google and other third-party dependent platforms.

Plus, by creating its own DSP, Apple continues to push its privacy-centric mission, keeping Apple’s user data in a vault and preventing leakage while also controlling the advertising experience and protecting the user journey by prioritizing high-quality advertising.

When I read the news, my first thought was: “Only now?”

While I think that Apple launching a DSP is a no-brainer given that its ad business has been thriving, I also think that Apple will redefine what a DSP is and does. I wouldn’t hold my breath expecting an OpenRTB standard here, but I would expect the Apple DSP – iDSP™ – to be fully integrated into Apple Search Ads, acting as an inventory extension vehicle for advertisers.

But I am curious about what privacy-by-design would mean in terms of targeting capabilities and how Apple will match the performance of other DSPs.

With Apple’s immense demand-side inventory and huge supply-side customer base, this move is a logical next step.

This offering would drastically differ from Apple’s failed mobile advertising platform, iAd, which provided no visibility into campaign executions and demanded premium pricing and inventory in terms of ad formats and standards only for iOS devices.

This time around, Apple plans to build a mobile-centric DSP, which hints at a cross-platform cross-device offering. It’s an exciting move and has a good chance of taking off, but only time will tell.

The only surprise would be if Apple didn’t launch a DSP. It’s been making aggressive moves into advertising starting with AppTrackingTransparency and going back to Tim Cook’s takeover of the company.

Would this have happened under Steve Jobs? That’s a more interesting question. Oh, how far Apple has come …

But this really speaks to the anticompetitive nature of the cookie-blocking and mobile ad ID-blocking they’re doing on the open web and in app ecosystems. It’s not a level playing field, and there has to, eventually, be antitrust action on this. Luckily, there’s a very large and well-resourced aggrieved party – Meta – that might push for that.

Will advertisers take a bite of the “poison” Apple? A few might if the incentives are attractive enough, but I’m doubtful it will gain significant traction at this time.

Responses have been lightly edited and condensed.